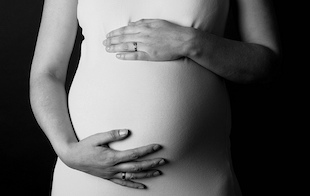 The World Health Organization (WHO) earlier this week (June 7) issued new guidelines, recommending that people who live in areas where the Zika virus is actively being transmitted to consider delaying pregnancy due to the risk of infection-associated birth defects. The recommendation could affect millions of people across Latin America and the Caribbean, including Puerto Rico and the US Virgin Islands, The New York Times reported.

“It’s about time,” Peter Hotez, dean of the National School of Tropical Medicine at the Baylor College of Medicine in Texas, told the New York Times. Hotez also raised concerns about what might happen if the virus reaches parts of the U.S. this summer.

The WHO’s most recent advice, which was prompted by findings that the mosquito-borne virus can be sexually transmitted, goes beyond that of the US Centers for Disease Control and Prevention (CDC). The CDC...

“This is a huge deal for the WHO to come out with evidence-based recommendation and say, ‘Don’t get pregnant,’” Rebecca Katz, a specialist in global health policy at Georgetown University in Washington, DC, told The Washington Post. Many women in the countries that have been hardest hit by the virus to date do not have access to contraception or abortion, Katz added.

The rapid rise in Zika infections, which are now known to cause microcephaly, prompted some Latin American countries to provide similar advice earlier this year. El Salvador went as far as telling women to avoid getting pregnant until 2018.

The WHO’s advice does not apply to people who are just visiting areas with active Zika transmission. The agency recommends that travelers returning from these areas should abstain from sex or use condoms for at least eight weeks. Women planning to become pregnant should wait the same amount of time, or six months if the male partner shows symptoms of Zika infection.