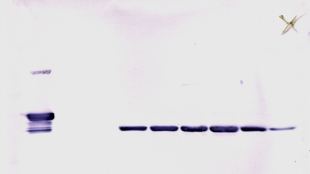 Of a sampling of 120 papers from three cancer-related journals, around 25 percent contained what appeared to be duplicated images, according to an analysis from Oslo University Hospital’s Morten Oksvold. At least half of these images were duplicates from different experiments, and the most common problem was the duplication of loading controls in Western blots.

Oksvold contacted both the authors of the papers in question and the respective journal editors in October 2014, yet by May 2015, “no editorial replies have been received so far,” he wrote in his report, published in Science and Engineering Ethics last week (June 12).

“This is just indefensible,” according to Discover’s Neuroskeptic. “Oksvold’s allegations deserve to be taken seriously.”

Oksvold had collected 40 papers continuously as they were published in the three journals—reportedly, Cancer Cell, International Journal of Oncology, and Oncogene—beginning in late 2013. All suspicions...

This February, Oksvold posted his observations to the post-publication peer review site PubPeer, and two authors responded over the course of a month. Both explained that the mistakes were honest errors.

Oksvold pointed out in his paper that it’s impossible to tell from his analysis whether any of the duplications were due to accidental slip-ups, sloppiness, or intentional misconduct. Some commenters on PubPeer also stated that some duplications could be appropriate. “It is absolutely OK to show the same data on a different page in a larger context, for readability reasons or simply to make a related argument,” wrote one anonymous poster. Yet, without replies from authors or editors, the cases go unresolved.

“There is an obvious need for reforms in the peer reviewing and erratum/retraction system,” Oksvold wrote in his paper. “If no action is taken it seems clear that over time, the public confidence in science and research could entirely erode away.”