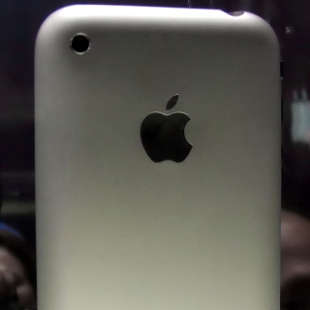 WIKIMEDIA, ZAREXApple this week (March 9) announced plans to launch a new medical research data-sharing platform called ResearchKit. The platform will be available to researchers conducting large-scale medical studies, and iPhone apps will allow users to share their health data with those scientists, in theory making it much easier to recruit and track study participants. “There are hundreds of millions of iPhone owners out there who would gladly contribute,” said Jeff Williams, Apple’s senior vice president of operations, during the event announcing ResearchKit.

At the event, Apple also released five disease-specific apps built using ResearchKit. They can be used to study asthma, breast cancer, cardiovascular health, diabetes, and Parkinson’s disease. “The ResearchKit framework offers the ability to track disease signs by sensors that are on the phone or the Apple watch, or on third-party devices,” Stephen Friend, president of Apple partner Sage Bionetworks, told Nature. “Symptoms can also...

Williams noted that Apple will not have access to user data, but some in the research community are warning that the simplified study recruitment that ResearchKit may facilitate could raise ethical quandaries for researchers using the platform. These include ensuring that participants knowledgeable of the risks involved with participating in a study and making sure that data is truly secure once shared. “Everything depends on the quality of the anonymization,” Nir Eyal, a medical ethicist at Harvard University, told The Verge. “If the data can be re-identified, then subjects are exposed to some invasions of privacy.”

Apple is collaborating with Sage Bionetworks on data-sharing. John Wilbanks, chief commons officer at Sage, worked on creating some of the initial ResearchKit apps. “We can’t promise perfect anonymity,” he told The Verge. “The biggest risk in these studies is to your privacy; we’re going to de-identify it, but because we’re going to make it available for lots of research, there exists a chance that someone could re-identify you.”

The technology giant plans to release ResearchKit as an open-source platform next month, so developers will be able to create their own apps that can tap into the network.