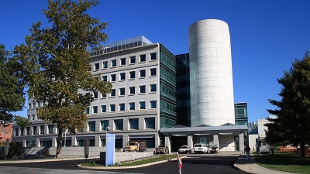 William H. Natcher Builder, on the NIH campus in Bethesda, MDWikimedia Commons, Sage RossIn 2009 the National Institutes of Health (NIH), implemented a new rule, reducing the number of times applicants could apply for a grant with the same proposal from three to two. The agency had found that the additional submissions were creating a bottleneck that delayed the review of first-time submissions. According to a Nature blog, the NIH will now consider repealing that rule, and returning to the former three-strikes policy.

After the two strikes rule was implemented researchers “complained of it nearly incessantly to the NIH Office of Extramural Research,” Nature reported. In 2011, cancer biologist Robert Benezra from Memorial Sloan-Kettering Cancer Center sent a petition with more than 2,300 signatures to the NIH, asking the agency to return to three strikes.  The reason, the researchers argued, is that in a tight funding environment, the...

“If a reviewer doesn’t like how you use semicolons, or is having a bad hair day before the coffee kicks in , or was once threatened by one of your papers, you can fall from [the top] 6 percent to 12 percent in a flash , without any reflection on the actual merits of the application,” John Moore from Weill Cornell Medical College told Nature.