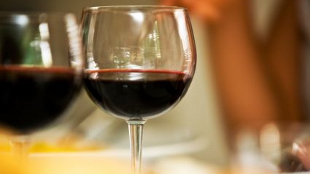 A University of Connecticut researcher who has conducted hundreds of studies on the health benefits of compounds found in red wine has been punished by the school for faking data on numerous occasions throughout his career. Dipak Das, director of cardiovascular research at UConn, fabricated data in 145 separate instances, according to an extensive, three-year investigation conducted by the school. The university has frozen all external funding to Das's lab and has declined $890,000 in federal grants awarded to him.

“We have a responsibility to correct the scientific record and inform peer researchers across the country,” Philip Austin, interim vice president for health affairs at UConn, said in a statement.

The university has notified 11 journals regarding Das's misconduct, potentially triggering the retraction of several published studies on resveratrol, a phenol found in red wine. Das's work formed part of the scientific foundation for the claim that resveratrol conferred...

Apparently, Das cut and pasted western blot data from several experiments into single figures, and altered images connected to his research on numerous occasions in publications, grant applications, and communications with publishers. The investigation even turned up damning emails sent between scientists working in Das's center. One such email referred to a "corrected picture." In another, a student informed Das that "I have changed the figures as you told me."

The center that Das headed has been "inactive" since January 2011, according to the Connecticut Mirror.