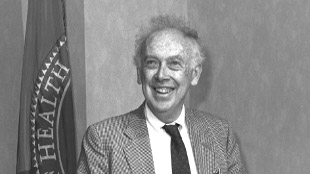 It turns out that James Watson’s Nobel Prize medal, which he won in 1962 for codiscovering the structure of DNA, will be staying with the biologist after all. The Russian entrepreneur Alisher Usmanov, who paid $4.1 million for the medal at an auction last week (December 4), will return the prize to its original owner, The New York Times reported.

“In my opinion, a situation in which an outstanding scientist has to sell a medal recognizing his achievements is unacceptable," Usmanov said in a statement. “James Watson is one of the greatest biologists in the history of mankind, and his award for the discovery of DNA structure must belong to him.”

Before the auction, Watson had indicated his intent to make charitable donations, in part to help restore his status in the scientific community. Usmanov encouraged Watson to call off the auction and offered to provide...