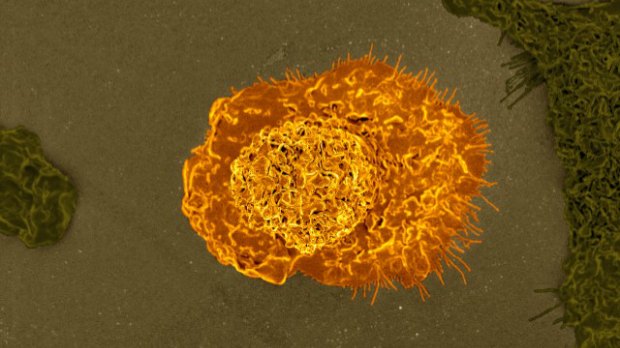 FLICKR, NIAIDThe gut microbiome is typically considered essential for proper health, but a study in mice shows that, at least when it comes to insulin sensitivity and obesity, that may not be the case. In Nature Medicine today (November 16), researchers reported that animals without intestinal microbiota had better glucose tolerance and insulin sensitivity, less white fat, and lower body mass.

“Although treating obesity with high doses of antibiotics is unrealistic—mainly due to the risk of antibiotic resistance—we want to explore alternative ways of suppressing or modifying the microbiota, and to identify the exact bacterial genes responsible for this phenomenon,” Mirko Trajkovski of the University of Geneva said in a statement. “We would then target only those, without having to deplete the entire microbiota.”

Trajkovski and his colleagues put mice on a high-fat diet after either erasing their microbiome with antibiotics or raising them in a germ-free environment. While normal...

The germ-free mice also had higher levels of certain cytokines. “Inhibition of this signaling impairs antibiotic-induced subcutaneous-fat browning, and it suppresses the glucose phenotype of the microbiota-depleted mice,” the authors wrote in their study.

According to the press release, the researchers will search for the particular taxa involved in these effects by the use of specific antibiotics or bacteriophages.