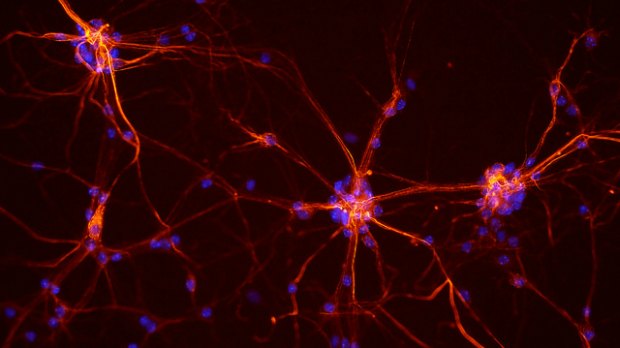 FLICKR, NICHDBest known as a gene-editing tool, CRISPR has also been rejiggered to serve as a transcriptional manipulator, tuning gene activity. Duke University’s Charles Gersbach and colleagues report in the September issue of Cell Stem Cell that they have used this approach to switch on three transcription factors in mouse embryonic fibroblasts and turn those cells into neurons.

The method offers an alternative to the standard conversion process of bringing in these transcription factors via a viral vector.

“The method that introduces extra genetic copies with the virus produces a lot of the transcription factors, but very little is being made from the native copies of these genes,” study coauthor Joshua Black, a graduate student in Gersbach’s group, said in a press release. “In contrast, the CRISPR approach isn’t making as many transcription factors overall, but they’re all being produced from the normal chromosomal position, which is...

The researchers turned on three genes—Brn2, Ascl1, and Myt1l—by tweaking their epigenetic states. The cells came to resemble neurons, with six out of seven tested producing action potentials when stimulated.

The technique, the authors wrote in their paper, “provides a new strategy for overcoming epigenetic barriers to cell fate specification.”