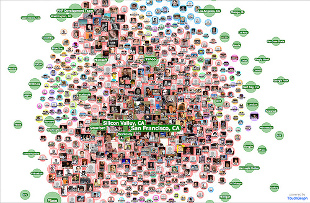 FLICKR, TYCHAYIf signing up for a Facebook account were like being infected by a disease-causing pathogen, then abandoning the social networking site would be like recovering from the illness, two Princeton University engineers propose in a preprint posted to arXiv last week (January 17). John Cannarella and Joshua Spechler applied epidemiological approaches to model and analyze the dynamics of user adoption and abandonment of social networking sites “by drawing analogy to the dynamics that govern the spread of infectious disease,” they wrote.

The duo applied a modified SIR—susceptible, infected, removed—model of disease spread to Google search query data for “Facebook,” as a proxy for user interest in Facebook, finding evidence to suggest that the social networking site is at the onset of an abandonment phase. According to Cannarella and Spechler, extrapolating the search data on the modified disease-spread model “predicts a rapid decline in Facebook activity in the next...

Update (January 23): Facebook data scientist Mike Develin has questioned the authors’ analytical methods and conclusions, noting in jest that, according to page “likes,” his team’s “research unequivocally demonstrated that Princeton may be in danger of disappearing entirely.”