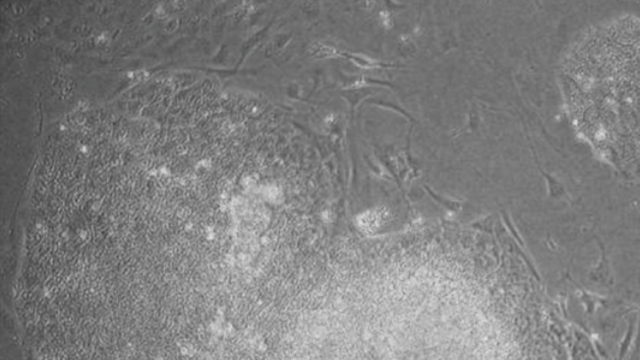 Human induced pluripotent stem cellsCHRISTINE HALE, WIKIMEDIAA pharmaceutical company based in Osaka, Japan, opened a regenerative medicine center yesterday (March 22) that will produce cells derived from induced pluripotent stem (iPS) cells for commercial applications. The center is the first plant of its kind globally. It will initially produce cells for use in clinical trials.

The Sumitomo Dainippon Manufacturing Plant for Regenerative Medicine & Cell Therapy will allow the company to “gain an overwhelming advantage in the market of medical and pharmaceutical products,” Masayo Tada, president of Sumitomo Dainippon Pharma, tells The Asahi Shimbun. “We will occupy a definite position in the field of regenerative medicine.” On April 1, Hiroshi Nomura, currently the company’s executive vice president, will replace Tada as president, according to The Pharma Letter. Tada will transition to the position of chairman.

Construction of the center cost approximately 3.6 billion yen ($342.7 million USD), according to a statement. The facility has more than 30,000 square feet of floor space divided among three autonomous zones that will produce different types of cells. Company officials say that each zone will be able to produce enough cells to treat hundreds of patients per year, according to The Asahi Shimbun.

The company will use iPS cells produced at Kyoto University’s Center for iPS Cell Research and Application (CiRA) for cell production. Sumitomo Dainippon and CiRA have previously collaborated to develop iPS cell-based regenerative medicine technology for patients with Parkinson's disease.

Sumitomo Dainippon plans to make regenerative medicine one of its core businesses and endeavors to increase sales to 200 billion yen ($1.8 billion USD) by 2030, according to The Asahi Shimbun.