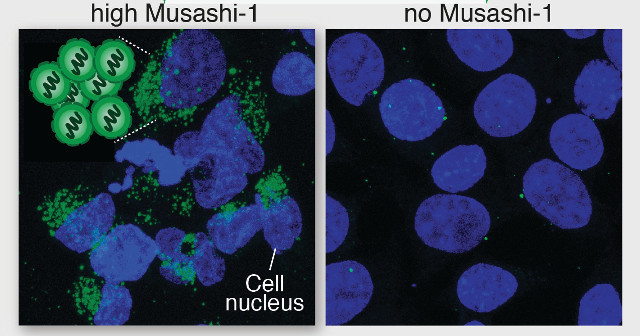 The interaction between the virus and the human protein appears to make the neural stem cells more vulnerable to cell death. Moreover, by binding to the Zika genome, MSI1 was less likely to bind its natural targets within the neural stem cells to properly direct brain development, as evidenced by differences in the cells’ gene expression.

The results provide clues as to how Zika causes microcephaly in fetuses whose mothers were infected...

“We’ve shown for the first time this interaction between Zika and MSI1—with MSI1 getting exploited by the virus for its own destructive life cycle, turning MSI1 into the enemy within,” coauthor Fanni Gergely from the University of Cambridge says in a press release. “We hope that in the future this discovery could lead to ways of generating potential Zika virus vaccines.”

“This is the first study to show a clear link between a specific protein, the Zika virus, and microcephaly,” adds Mike Turner, head of Infection and Immunobiology at the Wellcome Trust, which partly funded the study. “This new finding really helps to explain why neural stem cells are so vulnerable to Zika infection and I hope this can be a first step in determining how we could stop this interaction and disease.”