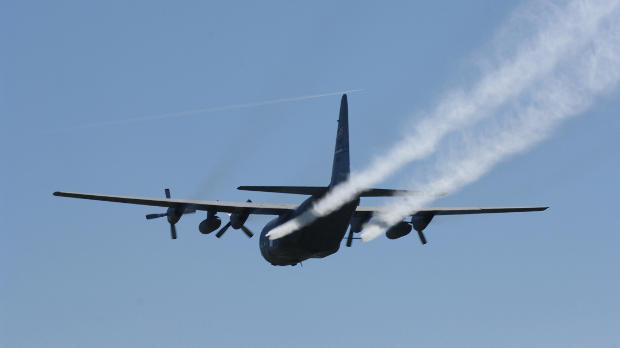 WIKIMEDIA, AIR FORCE FILE PHOTO/AIRMAN 1ST CLASS CHAD KELLUMResearchers have sequenced the World Health Organization’s (WHO) reference strain of the Zika virus, potentially making it easier to diagnose the disease in infected individuals. The international team of scientists published the sequence in the September 1 issue of Genome Announcements.

Because Zika is spreading rapidly in the U.S. and elsewhere, the WHO has fast tracked the use of the reference strain in products meant to diagnose and treat the disease. The organization will formally review the reference material next month. “WHO’s go-ahead before its expert committee meeting in October reflects the urgent need for researchers and companies to access valid reference material to diagnose Zika virus infection,” Sally Baylis of the Paul-Ehrlich-Institut in Langen, Germany, who coauthored the paper said in a statement. “This will facilitate the development of sensitive, better performing tests to detect Zika in patients.”...

Meanwhile, honey bees may be bearing the brunt of pesticides meant to knock down populations of Zika-carrying mosquitoes. In Dorchester County, South Carolina, last week, dozens of bee hives were decimated by Naled, which was sprayed from an airplane on the morning of August 28, according to The Washington Post.

“Dorchester County is aware that some beekeepers in the area that was sprayed on Sunday lost their beehives,” Jason Ward, county administrator, said in a statement quoted by the Post. “I am not pleased that so many bees were killed.”

Several professional and amateur beekepers lost bees due to the spraying, with one apiary, Flowertown Bee Farm and Supply in Summerville, SC, losing 46 hives, totaling about 2.5 million bees.

The strategy to control the Zika virus in the U.S. is increasingly under the microscope as the Centers for Disease Control and Prevention (CDC) reported late last month (August 29) that it would run out of money to fight the disease later this month. “The cupboard is bare,” Tom Frieden, CDC Director, told The Washington Post. “Basically, we’re out of money, and we need Congress to act to allow us to respond effectively.”

The US Congress was set to address the need for Zika funding yesterday (September 6) as it returned to session after the Labor Day holiday, according to STAT News. Legislators voted on the $1.1 billion federal funding bill that they failed to pass in July. The measure also failed this time, with Democrats blocking the bill again because of GOP provisions added to target Planned Parenthood and Obamacare.

As the U.S. tries to fight Zika, the virus is making its presence felt halfway around the world, in Asia. STAT News reported last week (September 1) that officials have reported 115 confirmed cases, including at least one pregnant woman, in Singapore. And Hong Kong confirmed its first case of Zika virus infection, from a woman who travelled to the Caribbean, late last month (August 25). “We will report the case to the World Health Organization and continue to maintain close liaison with the WHO as well as overseas, neighboring health authorities to closely monitor the latest developments,” Leung Ting-hung of Hong Kong’s Centre for Health Protection told the South China Morning Post. And on Monday (September 5) the Philippines confirmed its first case of Zika, with officials telling Reuters that it was “highly likely” the disease had been transmitted locally.