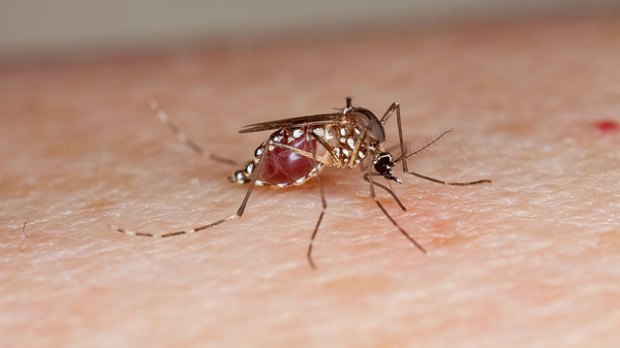 FLICKR, USDA, STEPHEN AUSMUSThe number of people who have been infected with Zika virus carried by mosquitoes in Florida rose this week to 43, including the first cases reported in Pinellas County and, today (August 24), additional cases reported in Palm Beach County. According to a statement from the governor’s office, the Florida Department of Health “has begun door-to-door outreach and sampling in Pinellas County and mosquito abatement and reduction activities are also taking place.”

Concerns about the extent of brain damage that Zika can cause to fetuses are also mounting. In a study published Tuesday (August 23) in Radiology, researchers from the Federal University of São Paulo, Brazil, and their colleagues described 45 cases of Zika-related microcephaly in the country. One of their striking observations was that a number of babies had a characteristically misshapen head, suggesting that the head was once swollen, and then collapsed....

Most commonly, the babies had reductions in the size of their cortices and corpora callosa, while their lateral ventricals were enlarged. Calcifications were present in a number of regions of the babies’ brains, and their spinal cords and brainstems frequently showed abnormalities.

“I think we were all aware that Zika causes brain abnormalities, but it’s been more generic,” Rita Driggers, an associate professor of gynecology and obstetrics at Johns Hopkins University School of Medicine, who was not involved in the study, told The New York Times. “Now we know more specifically what we’re looking for in terms of brain abnormalities before the microcephaly occurs.”

“The likelihood the babies in our series are going to have normal development because of so many abnormalities—the prognosis is not good,” study coauthor Deborah Levine of Harvard Medical School told The Washington Post. “There are not enough functional areas there.”