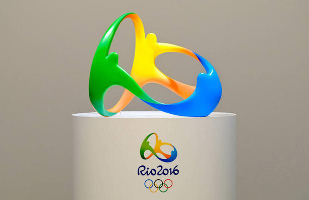 FLICKR, IAN BURT“It is very difficult to get people to invest in something that hasn’t happened yet,” National Institute of Allergy and Infectious Diseases Director Anthony Fauci said during a recent US House of Representatives hearing, STAT News reported. Senators this week (May 12) announced a $1.1 billion Zika funding agreement, which is expected to pass in the Senate. The deal is less than the $1.9 billion requested by the Obama administration earlier this year and, as STAT noted, does not cover the restoration of funds intended for Ebola response that have been redirected to Zika preparations. Senator Harry Reid (D-NV) told STAT that the proposed $1.1 billion is “not enough, especially when the amount will likely be reduced further by House Republicans.”

The US Centers for Disease Control and Prevention (CDC) is moving ahead of Congress. The agency today (May 13) invited local health agencies to apply for...

Meanwhile, the World Health Organization (WHO) this week (May 12) advised athletes and others heading to Brazil for this summer’s Olympic and Paralympic Games Rio 2016 to consult a health care provider before traveling, to take steps to avoid mosquito bites, and to use condoms during their stay in Rio and for four weeks after their return home. “Pregnant women continue to be advised not to travel to areas with ongoing Zika virus transmission,” the organization noted, adding that it will continue to monitor local Zika transmission in the area and update its recommendations as the event draws nearer. As The New York Times noted: “The content and tone of the World Health Organization’s guidance for athletes and travelers indicated that the health authority was not advocating the cancellation, postponement or relocation of the Olympics, as a few prominent medical ethicists have urged.”

Update (May 17): The Senate has endorsed a bill including $1.1 billion in Zika-related funding, STAT reported, noting: “The vote will build pressure on the House to pass its own Zika bill later this week.”