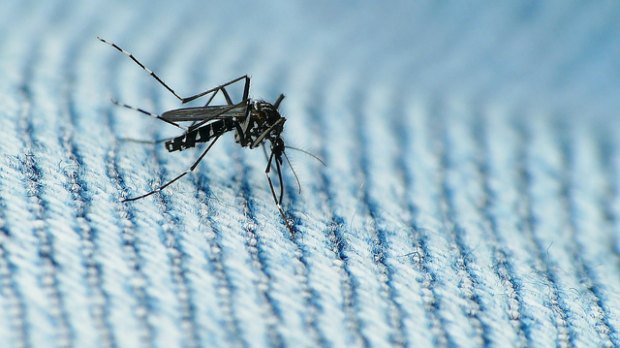 FLICKR, CONIFERCONIFERBreastmilk from a mother in New Caledonia, a collection of islands in the Pacific, has tested positive for Zika virus, researchers reported this month (March 1). The implications of this finding are not yet clear. “Arbovirus transmission via breastfeeding has been previously suggested for dengue, West Nile, and yellow fever, but more information is needed,” the authors wrote in The Lancet.

The woman had given birth in July 2015 and experienced a fever at the time that lasted a couple of days. She also developed a rash shortly after having her baby. Both the mom and the newborn left the hospital healthy.

The US Centers for Disease Control and Prevention (CDC) recommends that infected women and those living in regions with Zika virus circulating should breastfeed. “No evidence of Zika virus infection associated with breastfeeding have been reported,” according to the CDC. “Current evidence suggests that...

Another case reported this month suggested Zika may be linked with swelling in the central nervous system. A man who had visited New Caledonia and other parts of the South Pacific returned home extremely ill and was admitted to the intensive care unit of a hospital. Doctors there searched for infectious agents, discovering Zika virus in the patient’s serum and cerebrospinal fluid. “These findings all support the diagnosis of ZIKV-associated meningoencephalitis,” the authors wrote in the New England Journal of Medicine March 9.

As regions of the world affected by Zika attempt to limit mosquito populations, Puerto Rico and parts of Mexico are reporting that a frontline tool—the pesticide permethrin—may be ineffective. STAT News reported March 10 that Aedes mosquitoes in the region have developed permethrin resistance.

“It’s probably not going to work well in the places where it has been used as the main insecticide for many years,” Roberto Barrera, chief of entomology and ecology activity at the CDC’s dengue branch, told STAT. “You’re not going to be able to kill off most of the mosquitoes.”

An alternative approach to vector control is the deployment of mosquitoes genetically engineered to have sterile offspring. The Food and Drug Administration announced March 11 that a field trial in the U.S. could go ahead, but as The Verge reported, a public commentary could take months before the trial would commence.