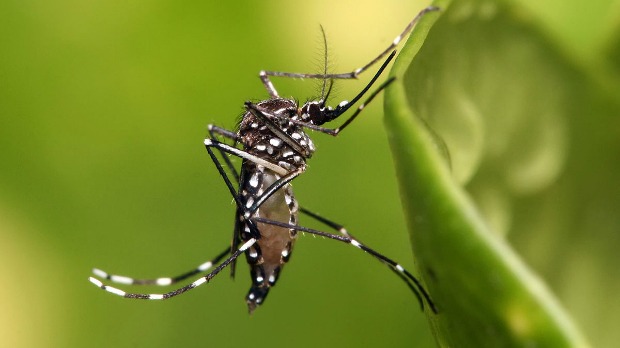 WIKIPEDIA, MUHAMMAD MUDHI KARIMThe World Health Organization (WHO) today (February 12) said that confirmation of a causal link between Zika virus and two serious neurological conditions—microcephaly in babies and Guillain-Barré syndrome—is just weeks away. “We have a few more weeks to be sure to demonstrate causality, but the link between Zika and Guillain-Barré is highly probable,” Marie-Paule Kieny, WHO assistant director-general for health systems and innovation, told reporters (via Reuters).

The WHO’s prediction comes on the heels of the strongest evidence yet tying Zika to birth defects.

Following the autopsy of a 29-week-old fetus aborted because of microcephaly, researchers recovered from the brain the full genome of Zika virus. The finding, published this week (February 10) in the New England Journal of Medicine, is considered by some to be the most convincing bit of evidence to date that Zika can cause brain malformations.

“This is the critical...

The finding is not proof of a causal effect from Zika infection, but several other reports of Zika-infected mothers add weight to the hypothesis.

Zika was found in the placentas of fetuses who were miscarried after their mothers were infected with the virus, STAT reported Wednesday (February 10). That same day, the US Centers for Disease Control and Prevention (CDC) and Brazilian colleagues described the results from studies of two babies with microcephaly who died shortly after birth and two miscarried fetuses. The mothers had experienced Zika virus infection-related symptoms during their first trimesters, and all four babies tested positive for the virus.

The CDC this week sent researchers to Puerto Rico to study Guillain-Barré’s association with Zika infection. “In order to get ahead of the curve, we’re going to try to rapidly establish active surveillance for Guillain-Barré in Puerto Rico in the hopes that we’re catching the outbreak early,” James Sejvar, a neuroepidemiologist at the CDC, told Reuters.

Physicians are also concerned that Zika may damage vision in babies exposed to the virus in utero. A study published in JAMA this week (February 9) examined the eyes of babies with microcephaly—many of whose mothers reported a Zika infection while pregnant—and found a variety of “vision-threatening” abnormalities.

“Besides eyes, Zika is also affecting the ear, (causing) auditory lesions, and we’re worried about more than babies with small heads,” study coauthor Albert Ko of Yale University told CNN. “We’ve seen lesions of a congenital infection in babies in normal size heads, so we’re also worried that infection in utero may have downstream important impacts on cognitive developments and other issues.”

As clinicians examine babies and fetuses to see whether Zika is indeed the cause of these defects, epidemiologists are working through medical records to get a better handle on just how much microcephaly has increased in Brazil. There are strong suggestions the prevalence was far underreported before the Zika epidemic began in 2015, yet one recent study did find the most severe cases of microcephaly have increased in recent months.