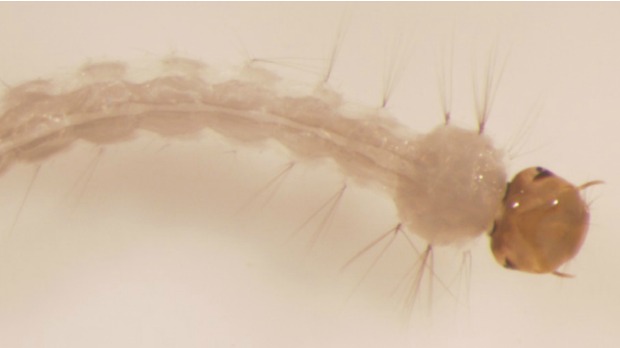 As Zika virus circulates among a growing number of nations—Jamaica, Curaçao, and Nicaragua, to name some of the latest—atypical modes of transmission are popping up.

In Brazil, a blood transfusion recipient caught the virus from an infected donor (the recipient later died from the gunshot wounds that demanded the transfusion). The American Red Cross has asked donors to wait a month after they’ve returned from a Zika-afflicted country before giving blood.

Texas health officials also reported this week that a resident contracted Zika after having sex with someone who had traveled abroad. The case represents the first locally transmitted infection in the U.S., and one of only a few to have occurred through intercourse.

US and British health authorities are now advising people who have been infected with Zika to use protection when having sex for six months, ABC News reported Wednesday (February 3). And...

Three Colombian individuals who tested positive for Zika have died from Guillain-Barré syndrome, a neurological disease that causes paralysis and is suspected to have some link with the mosquito-borne virus. To date, about 100 cases of Guillain-Barré in Colombia are thought to be tied to Zika infection, but whether there’s a cause-and-effect is not clear.

“Guillain-Barré-related deaths are rare but [Alejandro Gaviria, the country’s health minister] warned that recent cases of the disorder seen in Colombia have not responded to traditional treatments of immunoglobulin,” The Guardian reported Thursday (February 4).

Colombia has also reported more than 2,000 Zika infections among pregnant women, but none show signs of microcephaly in the fetus.

In Brazil, the number of confirmed microcephaly cases—out of roughly 4,700 suspected—is now up to 404, according to Frontline. Another 900 cases have been disqualified.

The latest results from an investigation in Pernambuco to figure out if Zika is behind the rise in microcephalic babies show that all of 12 infants tested via spinal tap had had an infection. Their mothers reported Zika symptoms early in their pregnancies.

Frontline reported that at a Pernambuco Health Department press conference, Secretary of Vigilance and Health Luciana Albuquerque cautioned against overinterpreting the findings. “This is not a scientific study,” she said. “But it’s a very important suggestion of the link.”

New reports of microcephaly in Pernambuco appear to be dropping. In November, weekly reports peaked at 194 babies, Global Post reported February 3, while last week there were 34 cases reported.

“There was a big increase in the cases of microcephaly referred to us in the final months of 2015—many more cases than normal,” Raiane Negreiros, a doctor of fetal medicine at the Professor Fernando Figueira Integral Medicine Institute (IMIP) in Recife, told Global Post. “But now it is decreasing. Without doubt, it is decreasing.”