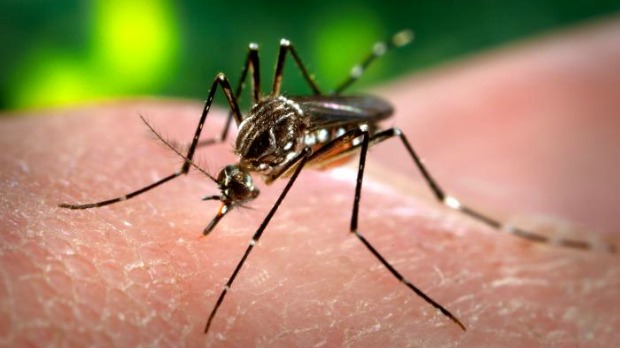 Meanwhile, four countries—Ecuador, El Salvador, Jamaica, and Colombia—have asked women to delay getting pregnant for fear the virus can cause severe brain damage in fetuses. And some airlines have offered refund to pregnant travelers who booked trips to countries where Zika is circulating.

President Obama chimed in this week, calling for an acceleration of “research efforts to make available better diagnostic tests, to develop vaccines and therapeutics, and to ensure that all Americans have information about the Zika virus and steps they can take to better protect themselves from infection,” according to a White House statement.

There is currently no immunization or...

“What would take the longest time would be the process of passing it through the [US Food and Drug Administration] and other regulatory agencies to allow it for public use and that may take up to 10 to 12 years,” Nikos Vasilakis, who is working on the vaccine, told BBC News. His team is also advancing diagnostics that could help answer questions about the risks of fetal Zika exposure. (See “New Tests for Zika in the Works,” The Scientist, January 25, 2016.)

Sanofi, which has had a dengue shot recently approved in several countries, and GlaxoSmithKline have expressed interest in starting a vaccine program, while another firm, Inovio Pharmaceuticals, announced Monday (January 25) it was beginning work on a Zika vaccine.

On Tuesday (January 26), the US Centers for Disease Control and Prevention (CDC) issued guidelines for screening babies whose mothers may have contracted Zika while pregnant. Infants should be tested for Zika if their mother tested positive or if they have microcephaly and their mothers were in a country with circulating virus while they were pregnant.

Microcephaly is not the only concern for exposed fetuses; these babies should also be screened for hearing and vision impairments, the CDC urged. “One rationale is we don’t know the spectrum of problems that perhaps are related to Zika virus, so we want to do a lot of screenings of infants out of an abundance of caution,” Cynthia Moore, the director of the CDC’s division of birth defects and developmental disabilities, told The New York Times. “We worry because other intrauterine infections may have some effects that last or show up after birth.”

Meanwhile, US health officials this week said a massive outbreak stateside is unlikely, given the geographic range of the mosquito species that transmit the virus and Americans’ housing conditions, with screens and air conditioning. “If you look at historically what we’ve seen, I think we can say that it’s a remote possibility and unlikely to happen,” Anthony Fauci, head of the National Institutes of Allergy and Infectious Disease, told NPR’s Shots.