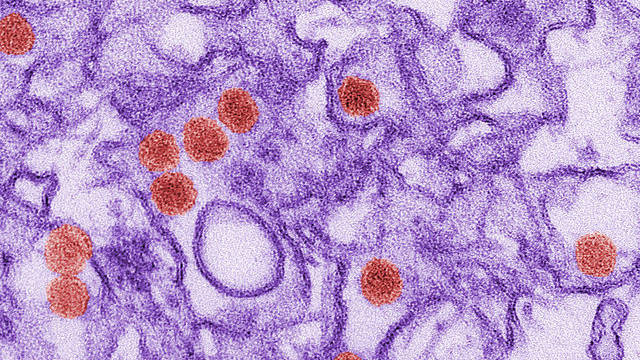 Digitally-colorized transmission electron micrograph of Zika virusFLICKR, CDC GLOBALDepending on the rate of Zika infections in at-risk states, the virus could end up costing society as much as $10.3 billion in direct medical costs and lost productivity, according to a study published today (May 11) in PLOS Neglected Tropical Diseases. At the low end, Zika infections could cost $183 million.

“One of the problems is we do not do active surveillance for Zika along the Gulf Coast,” coauthor Peter Hotez, dean for the National School of Tropical Medicine at Baylor University, told CNBC. “So we still do not know the true number of cases that happened last year. And we are not going to know that until we see the number of babies born with birth defects due to Zika going into the summer months. So we are not out of the woods yet, with respect to last...

Last year, Congress approved $1.1 billion to combat Zika, but many researchers felt it wasn’t enough. To try to get a handle on how much would be enough, Hotez and collaborators developed a model of Zika’s economic burden in the six states at greatest risk of local Zika emergence—Alabama, Florida, Georgia, Louisiana, Mississippi, and Texas. They used the model to estimate the predicted costs to the US economy with varying “attack rates”—an epidemiological measure of the speed of spread, calculated by dividing the number of new cases by the size of the vulnerable (naive) population.

At the low end (an attack rate of 0.01 percent), the Zika outbreak could end up costing the U.S. $183.4 million, the researchers concluded; with an attack rate of 10 percent, the costs could exceed $10 billion. These estimates are considerably lower than the 32 percent and 66 percent attack rates calculated for Zika in Bahia State in Brazil and French Polynesia, respectively. And beyond the conservative attack rates for the US estimates, the model did not take into account the spread of Zika outside the six most at-risk states, the effects of travel, or the costs owing to fear of Zika or knowing someone who has been infected.

“There’s still a lot we don’t know about the virus,” study coauthor Bruce Lee of Johns Hopkins Bloomberg School of Public Health told News-Medical.Net, “but it is becoming clear that more resources will be needed to protect public health.”

Meanwhile, a different team of researchers estimates the social and economic burden of Zika in Latin America and the Caribbean to be between $7 billion and $18 billion, just from 2015 to 2017. Their findings are included in a report published last month (April 3) by the United Nations Development Programme and the International Federation of Red Cross and Red Crescent Societies and presented to the United Nations on April 6.

“The Zika epidemic will have both significant short-term and long-term economic impact,” Latin America report coauthor Mario Macis of Johns Hopkins Carey Business School told Johns Hopkins’s publication HUB. “This outbreak will be expensive, but it is very hard to predict the true cost, because we do not know how widespread the disease will be, and there is still considerable uncertainty about the frequency of microcephaly, Guillain-Barre, and other consequences of Zika.”