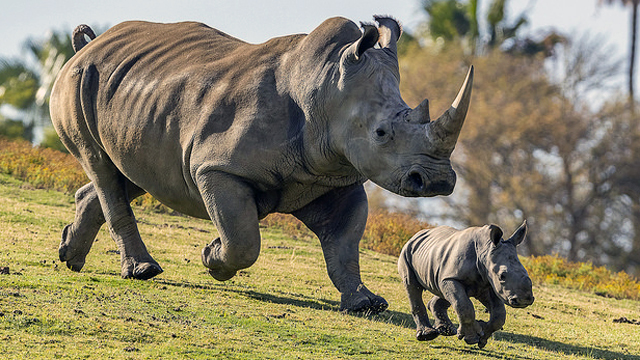 “The confirmation of this pregnancy through artificial insemination represents an historic event for our organization but also a critical step in our effort to save the northern white rhino,” Barbara Durrant, the director of reproductive sciences at the San Diego Zoo Institute for Conservation Research, says in a statement.

Successful artificial insemination of rhinos in zoos, however, has been rare so far, resulting in only a few births, according to the Associated Press.

Durrant says the procedure went “very well,” but she and her colleagues “have a long time before we can declare a real success with the birth of a healthy southern white rhino baby.” Gestation for rhinos is typically 16 to 18 months, so the calf would be born next summer.