Most gas sensors, such as the carbon monoxide detectors found in many homes, monitor for the presence of a single volatile compound. Electronic noses, or e-noses, combine several non-specific gas sensors, which together produce distinct response patterns in response to different vapors. Researchers believe the human nose also employs such pattern detection.

Already used for industrial applications, such as monitoring food freshness, quality control in the chemical industry, and odor control in wastewater management, e-nose technology has been inching into other arenas over the last few years, medicine and defense among them.

Recently, a group from the Cleveland Clinic Foundation in Ohio and Smiths Detection in Pasadena, Calif., trained a 32-sensor e-nose to recognize lung cancer by having 14 people with the disease, and 45 people without it, blow into balloons, the contents of which were then suctioned into the device. "The whole thing is the size of... 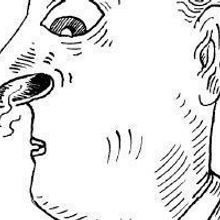