Adult nematode worms contain 959 somatic cells, and thanks to Nobel laureate John Sulston and colleagues, scientists know the lineage of every one of them. Cell fate maps have never been built for higher metazoans, however. "People thought it would be too unwieldy and useless to try," says Ricardo Azevedo, a developmental biologist at the University of Houston.

Now, Ehud Shapiro and colleagues at the Weizmann Institute of Science, Rehovot, Israel, have developed a computational model that uses microsatellite mutations to reconstruct cell lineages for organisms as complex as a mouse or a human embryo.1 "More complicated organisms such as humans and mice have in them already built-in information about their lineage tree, and this information is encoded in the naturally occurring mutations in the genome of normal organisms," says Shapiro. 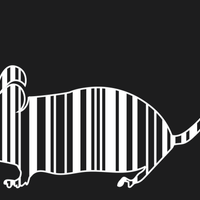