When he was a boy, Eugene Garfield lived across the street from a branch of the New York Public Library. There, he spent hours wandering through the stacks, scanning the titles of all the books on the shelves. "I had to get special permission, because they wouldn't let a kid in the adult section," recalls Garfield, who turned 80 in September. That might seem "staggeringly obsessive," in the words of one colleague, but it might explain Garfield's interest in how to find and organize information – a fascination that has shaped his professional career.

Over the past half century, Garfield's name has become synonymous with the field of citation analysis. "Gene is a leader in this database world we now live in, a world of ideas and information and vast networks of data," says Baruch Blumberg, a Nobel laureate at the Fox Chase Cancer Center in...

Garfield, who is founder and chair emeritus of the Philadelphia-based Institute for Scientific Information (ISI), began his career as a graduate student in a chemistry lab at Columbia University. "I wasn't very good or happy," he says. "There were a number of explosions and I was advised to look for other work."

He found his true calling at an American Chemical Society conference where he stumbled across a subsidiary meeting of ACS's division on chemical literature. "I heard people talking about literature searching and I found out they were making a living doing this stuff," says Garfield. "So I went up to the chairman of the meeting and said, 'How do you get a job in this racket?"'

Through that relationship, Garfield secured a job working on an indexing project at Johns Hopkins sponsored by the National Library of Medicine. "The indexing of medical literature at the time was archaic," says Garfield, "and it somehow did not completely satisfy what people needed." While searching for a solution, Garfield learned about legal citations. "In American law, precedent is what counts," he says. "If you go into court and cite a decision, you'd better be sure that decision has been upheld and not overruled. So you go to the legal citator to find out if the case has been cited."

For Garfield, such a citation guide was just what he was looking for. "It gave me the structure of the index I needed," he says. "And it's how the idea for SCI got started." But he wasn't quite ready to jump into such a large resource-heavy project. Instead, his first information-purveying product was , a research digest whose concept was, "in retrospect, blindingly straightforward," says Sandy Grimwade, former publisher of and president of AMG Science Publishing. "You just sort of photocopy all the tables of contents of scientific journals, bundle them up into a little publication, and send it to people."

"It was pretty much the best way to find out what was going on in scientific literature [at the time] without going to the library and digging through every single journal," says Grimwade. "And it was a fantastically successful enterprise."

SCI: JUST DO IT

The profits from gave Garfield room to experiment with other new ventures, including his beloved SCI. The intellectual impetus for the production of the first citation index came in 1959 in the form of a letter from Joshua Lederberg, a leading geneticist who'd just taken home the 1958 Nobel Prize. Lederberg wrote to ask what had happened to Garfield's proposal to generate a citation index, originally published in in 1955. "I wrote him a long letter back saying it's difficult to get support," says Garfield. "He told me how to go about applying for grants. It was that simple."

With funding from the National Institutes of Health, and help from Lederberg and the NIH's genetics study section, Garfield produced a that covered papers published from 1958 to 1962. And he came to the realization that to be truly useful, a citation index had to be multidisciplinary, referencing articles penned by Erwin Chargaff and Erwin Schrodinger all in one place. "In the early days some of the most important articles in molecular biology were published in reviews of modern physics," says Garfield. So along with the genetics index, Garfield compiled the first general SCI covering the significant scientific literature from 1961. "We asked NSF to print the 1961 index," Garfield recalls. "They refused. So we took the plunge."

The move was typical of Garfield's general business philosophy. "Gene just forges ahead and says, 'This is what people are going to want, so I'm going to do it,"' observes ISI chief scientist Henry Small. Not that SCI was an immediate success. "The company almost went bankrupt because of the citation indexes," says Garfield. It took years before SCI made a profit. Perhaps, says Small, because "almost every discipline had its own indexing and abstracting service. That was the establishment."

But scientists soon caught on to the power of SCI. "If you follow citation trails, you're really getting a good way of retrieving current literature," says Small. "As an extra bonus, you're finding out what people regard as important. If something is highly cited, that becomes a marker for something significant in science. So you're getting more bang for your buck: not only finding relevant literature, but [also] important literature." The popular indices of the day such as or were not designed to provide researchers with a feel for which references were key.

Today the databases that feed the SCI not only help researchers navigate the literature, but also allow journals to gauge the impact their papers have on the scientific community. "They don't like to admit it," says Garfield. "But their advertising people never fail to mention it."

The data also opened up a new field that Garfield jokes could be called Nobelology. "Nobel-class scientists publish five or six times as many papers as the average scientist and are cited 30 to 50 times more often" – an observation that ISI uses to forecast who might be headed to Stockholm each December. This year's picks, issued in September, included Alfred Knudson, Bert Vogelstein, and Robert Weinberg for their work on tumor suppressor genes and Francis Collins, Eric Lander, and Craig Venter for their role in mapping and sequencing the human genome. (None of these six actually got the coveted early-morning call.)

Of course, none of these things would have been possible without Garfield's determination. "I never saw anybody so single-mindedly focused on what he wanted to do and how he wanted to do it," says Small.

Those entrepreneurial skills might be a product of the times in which he grew up, muses Blumberg, who, like Garfield, was born in 1925. "Living through The Great Depression, feeling that you really have to provide, to do something so that you're not destitute. I think that was a driving force for people in our generation," he says.

As for scholarly interests, Garfield adores the written word. "He's so obviously crazy about the scientific literature," says Small. And most everything else in print. "He'll pick up anything with words written on it and read it and have an opinion about it," says Grimwade. And usually he'll share that information with everyone he knows. "Every day we in the community get E-mails from him, pointing to particular journal articles or studies," says Blaise Cronin, the Rudy Professor of Information Science at Indiana University.

Although Garfield no longer runs ISI, (now owned by Thomson Scientific) he still comes in to the office every day, unless he's off giving a talk about the agony and the ecstasy of citation indexing. "It's a pretty rare thing for somebody his age to be that intellectually involved," says Small. "He could be at home sitting with his feet up. Instead he chooses to be here and to be involved with the ideas and people he's been involved with all along."

In particular, Garfield is hard at work on HistCite, a graphical representation of citation information that will allow users to draw maps called historiographs of the history of science, based on information from the SCI and other databases. The ultimate goal for information science is something Garfield calls information nirvana: "An ideal state where you can retrieve anything on any subject you want, more or less instantly." We're not quite there, he declares after a 20-minute search fails to yield the reference to this nirvana that he has in mind.

Maybe not, but thanks to Garfield, we're much closer. Even the Google search engine operates based on citation counting that Garfield made famous. He wasn't awarded any big cash prizes by way of appreciation, but Grimwade notes that at some point the folks at Google credited Garfield with being a sort of "spiritual father of their methodology."Many people similarly owe Garfield a debt of gratitude for guiding their careers. "I wouldn't have my job without him," says Cronin, who helped to edit a Festschrift in honor of Garfield's 75th birthday. "Everyone wanted to contribute. And there were far more people who would have, at the drop of a hat, written for the book. You don't do that unless you have a genuine affection for the individual in question," he says. "People were very willing to step up to the podium and say 'for he's a jolly good fellow.' And I don't know for how many of us that would hold."

Now, celebrating his 80th birthday, Garfield expresses a wish: "I hope that all this information access will do some good in this world," he says. "In spite of everything we've done, I think we still have a long way to go." 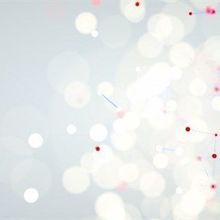