On February 2, 2008, my mentor, beloved colleague, and friend, Joshua Lederberg, succumbed to pneumonia after a long illness. The irony is that he was the ultimate herald of humankind's eternal battle with bacteria and their ability to develop resistance to antibiotics. His prescient essay on the theme "Medical science, infectious disease, and the unity of humankind," published originally in JAMA and reprinted in Current Contents, exemplifies his insight and erudition. To say that Josh was a genius is simply inadequate to describe the breadth of his polymathic talents and interests. Indeed, he was unquestionably one of the most influential scientists of the 20th century.

The editor of a well known life science journal recently asked me to comment on Lederberg's biological work. I declined but referred him instead to several of his laboratory colleagues. From a citationist's perspective,...

Neither citation analysis nor a comprehensive acknowledgement index would reveal his multifaceted influence in the fields of artificial intelligence, space science, science policy, scientific communication, information retrieval, and the life sciences. Posted on my personal Web site are dozens of essays in which I extolled Josh as the scientist extraordinaire.

His original handwritten letter to me in May 1959 recognizing the potential value of a citation index, just months after he received the Nobel Prize, is an extraordinary demonstration of his capacity to see what others could not see. That letter ultimately led to the Genetics Citation Index, which in turn led to the Science Citation Index.

His reverence for the literature and the importance of science criticism led him to play an inspiring leadership role on the board of Annual Reviews. Its Web site highlights his 1987 autobiographical account 10 of the paradigm-breaking discovery of genetic recombination in bacteria. It was Josh who recommended that the Institute for Scientific Information, and later The Scientist, join with Annual Reviews Inc. in sponsoring the National Academy of Sciences annual award for scientific reviewing. 11

To say that Josh was a genius is simply inadequate to describe the breadth of his polymathic talents and interests. Indeed, he was unquestionably one of the most influential scientists of the 20th century.

My personal bond to Josh was reinforced by our mutual friendship with the sociologists Robert K. Merton and Harriet Zuckerman and countless other creative scholars, including Harold Urey, Luca Cavalli-Sforza, Albert Stunkard, Hilary Koprowski and Carl Djerassi. His encyclopedic network of contacts was invaluable in his role as chair of the editorial board of The Scientist. Josh was an early proponent not only of the idea of a newspaper of science but also open access to the literature. He was a consummate communicator with the public — well illustrated by his years as a weekly columnist for the Washington Post.

His talent as a wordsmith was formidable. His command of the English language and his unusual vocabulary were augmented by his abiding interest in etymology and neologisms. 12 The Oxford English Dictionary lists him as the inventor of the terms "plasmid," 13 "euphenics" 14 and "exobiology" 15 among others. One of his favorite words was "forfend" which, in one sense, epitomized his concern for the survival of humankind through preventive measures. Hence, he had a pivotal role in helping to forestall biological warfare.

His extensive advisory roles in governmental, philanthropic, and industrial organizations alone would warrant a place for him in the pantheon of science. I particularly recall his role in the report of the Weinberg Commission on Scientific Information. 16 Together with William T. Golden, he cochaired the Carnegie Commission on Science and Technology. He played an active role in the Asilomar Conference on Recombinant DNA with Paul Berg and Maxine Singer. The Asilomar Group conducted an early and remarkable exercise in scientific self-control, but Lederberg was also the most outspoken supporter of the looming biotechnology revolution.

A definitive biography of Joshua Lederberg does not exist. While the archives of his papers at the National Library of Medicine, 17 Rockefeller University, and elsewhere will greatly inform the interested scholar, it will be a demanding task for a biographer to capture the full scope of his life and encyclopedic interests. To have shared his friendship for more than 48 years was a unique and fulfilling experience. In this brief tribute it is impossible to digest fully my own shared experiences with Josh. It was a very sad and poignant privilege to be one of the small group of family and friends who said goodbye to Josh at his funeral. I dedicate this essay to his wife Marguerite, his children David and Anne, his brothers Seymour and Dov, his assistant Mary Jane, and his many colleagues at Rockefeller, Stanford, and Annual Reviews. 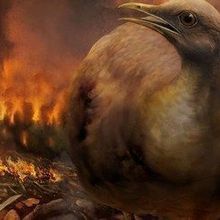 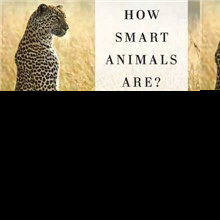