The debate over genetically engineered crops rages on, but other technologies offer new hope for sustainable farming. In November 2010 a federal judge in California ordered that 256 acres of genetically engineered (GE) sugar beet seedlings be ripped from the ground. The first court-ordered destruction of GE crops in the United States, the ruling stemmed from concerns about the environmental effects of the genetically altered plants. Before any more GE sugar beets can be planted on US soil, the judge said, a comprehensive analysis of environmental risks must be completed by the USDA, an endeavor that may take until 2012.

Monsanto, a multinational agricultural biotechnology company, genetically engineered the sugar beets to be resistant to the company’s weed killer Roundup. Known as Roundup Ready beets, the variety accounts for some 95 percent of the sugar beet crop...

The Future of Farms

How to Boost Agricultural Research

And sugar beets are just one example. The debate over GE crops continues to rage: while environmentalists worry about the crops’ effects on surrounding ecosystems, proponents of genetic engineering argue that GE crops, which can increase yields while minimizing toxic pesticide use, are needed to produce enough food for the 9 billion people predicted to inhabit the Earth by the mid-21st century.

“What gets lost in this debate in the US, where we have so much to eat, is that sustainability is important to feed the poor and malnourished and provide food at a cost that they can afford,” says Pamela Ronald, professor of plant pathology at the University of California, Davis. GE crops may provide part of the solution, she adds. “Genetically engineered seeds are just seeds. You can use them in any part of the world and in [almost] any system.”

I do not see genetic engineering as some sort of magic bullet.
— Eric Rey, Arcadia Biosciences

China, for example, with the highest population of any country in the world, rapidly adopted the use of GE crops after their introduction in 1996. GE crops have also grown to dominate more than 80 percent of the corn, soybean, and cotton farmlands in the United States, according to a 2010 National Academy of Sciences report. In addition to increasing yields and reducing pesticide use, such crops have also decreased the need for soil tillage, which diminishes soil quality and increases the rate of erosion.

Most European countries, on the other hand, have opted for precaution, insisting that GE crops must be proved completely safe for human consumption and the environment before farmers integrate them into their methods. They and others opposed to the use of GE crops cite the risk, for example, that engineered genes will be spread by wind and potentially contaminate organic fields, which ban genetic manipulation, and that crops engineered to be pest-resistant may inadvertently affect harmless insect populations. Furthermore, “the randomness inherent in our current technology for inserting novel DNA into a plant genome,” says Charles Benbrook, chief scientist at The Organic Center, a Colorado-based research organization that studies the benefits of organic farming, “[may lead to] a host of uncertainties that arise in how the modified plant is going to behave.”

But GE crops aren’t the only answer to the world’s growing food shortage. Researchers are currently working to develop alternative technologies that may offer benefits similar to those of genetic engineering but avoid much of the attendant controversy. Marker-assisted breeding, for example, chooses plants based on the presence of specific genes instead of phenotypic traits, accelerating artificial selection for beneficial traits without the introduction of transgenes. Similarly, the nascent technology of RNA interference (RNAi) has the potential to pinpoint specific pest targets and avoid killing insects that pose no threat to the crops.

“I do not see genetic engineering as some sort of magic bullet,” says Eric Rey, CEO of Arcadia Biosciences in Davis, California, a biotech company that develops GE products. GE crops will be an important part of agriculture’s future only in combination with age-old farming approaches and emerging genomic techniques, he adds.

Making use of markers

Unlike conventional breeding, which selects and breeds plants based on a phenotypic traits, marker-assisted selection (MAS) uses genetic markers known to be linked to traits of interest to identify superior plants for breeding. Using a technique called positional cloning, researchers narrow down the genome until the desired gene is located, and then design molecular markers to recognize allelic variation between individuals. MAS can help breeders avoid the trial and error involved with choosing individuals based on traits that are difficult to measure, like pest or drought resistance, and go straight to their genetic source, significantly speeding up the selection process. “By reducing the number of generations and making it possible to more [rapidly] identify plants with superior gene and allelic combinations, marker-assisted selection reduces the time it takes to develop and release a stable, higher-yielding commercial cultivar or variety that is more tolerant to environmental stresses or resistant to pests and pathogens,” says Michael Gore, a geneticist at the US Arid-Land Agricultural Research Center in Arizona, which uses marker-assisted breeding to develop more productive crops such as cotton. And because the final products are fundamentally the same as conventional crops, nontransgenic plants bred using MAS technology are not subjected to additional regulatory hurdles, Gore added. Indeed, MAS-bred crops, such as corn and soybeans, are currently on the market.

Arcadia Biosciences also works with marker-assisted breeding in combination with a proprietary technology called TILLING. After creating a genetically diverse population of plants using chemical mutagenesis, the TILLING approach uses high-throughput sequencing techniques that “very rapidly find genetic variations in individual plants that might be valuable,” says Rey. With this technology, Arcadia has identified a number of genes related to improved shelf life of tomatoes after they’re picked, such as those that code for fruit firmness. Most tomatoes available today are harvested before they’re ripe and gassed en route to the supermarket with ethylene to induce redness—a process that can reduce their nutrition and flavor. Arcadia is working on breeding tomatoes that can be plucked when they are ripe and stay fresh as they are transported to market. In addition to tomatoes, Arcadia is also developing lettuce, strawberries, and melons with improved shelf life.

MAS also improves another technique traditionally employed in agriculture called backcrossing. The purpose of backcrossing is to move a trait, like pesticide resistance, from a native or genetically engineered cultivar into the genome of a commercial variety while retaining most of the commercial line’s genome. Using markers helps accelerate this process, says Gore, because researchers are again able to select specific genes of interest without using phenotypes. According to Charles Pick of DNA LandMarks Inc., a genomics company that works exclusively with MAS, most conventional corn backcrossing schemes need four to six generations before the line is ready to be released commercially. Using markers, a breeder can achieve the same end product in just two generations, trimming 1 to 2 years off the development time, Pick says.

Taking advantage of a natural cellular pathway called RNA interference (RNAi), researchers have developed a way to selectively silence or downregulate specific genes. While this technology is commonly used in basic biology labs to study gene functions, researchers have recently begun to apply it to agriculture, developing crops that have many of the same benefits of GE crops, but are even more selective when targeting pests or traits like disease resistance.

RNAi was first directly observed by researchers studying petunias in the early 1990s. After inserting additional copies of a cloned petunia gene related to pigmentation in an attempt to produce flowers with darker colors, researchers unexpectedly produced lighter, or even completely white, flowers, suggesting that the gene for pigmentation had been knocked down. In 1998 researchers finally nailed down RNAi’s mechanism—short, single-stranded RNA molecules bind to specific sections of messenger RNA (mRNA) transcripts, inhibiting translation. Though still in its early days, RNAi has already proven to be a promising method for regulating the expression of specific genes in crops without causing off-target effects. Researchers at Bayer CropScience, for example, have shown that downregulating the genes that control the production of poly (ADP ribose) polymerase (PARP), an enzyme activated under stress to protect DNA, produced plants that were more tolerant to drought, heat, and high levels of ozone. When PARP genes are downregulated, the plant redirects the energy that it would use for the PARP pathway to physiological processes like photosynthesis and growth despite the harsh environmental conditions. The researchers have yet to find any negative effects of downregulating PARP on the DNA of the plant, possibly due to the fact that the PARP gene isn’t completely silenced, which may still allow the plant to perform necessary DNA repair. After preliminary trials with model plants such as Arabidopsis, the researchers are applying the concept to crops like corn and canola.

Researchers at the Arid-Land Agricultural Center are also beginning to use RNAi technology to develop cotton plants that are resistant to one of their biggest foes: the whitefly. Many whitefly species not only feed on crops but also transmit geminiviruses that cause plant diseases and can devastate entire fields. The RNAi-engineered plant cells are armed with long double-stranded RNA (dsRNA) sequences that can kill insect pests upon first ingestion of the plant. When the dsRNAs are split apart and digested by the whitefly’s antiviral machinery, the smaller single-stranded RNA pieces complement mRNAs of genes vital to the insect’s development, inhibiting translation and killing the insect. And because the RNAi technology targets a gene specific to whitefly development, the crops are able to kill off whitefly populations without harming nonpest insect species, unlike some GE pest-resistant crops. Arming the plants with the dsRNA molecules, however, does involve genetic manipulation, potentially posing some of the regulatory roadblocks that GE crops now face.

With technologies such as these striving to bring new and improved crops to market, it is clear that change is in the wind. “First we had primitive domestication, then we had directed breeding, then hybridization, then mutagenesis, and now we have genetic engineering,” says Ronald. Beyond a doubt, she adds, agriculture is going to continue evolving. 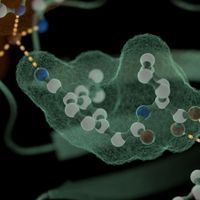