Authors of Our Own Misfortune

That research is presented to the public in this fashion is scandalous.

On the 7th of September this year, readers of the British press were presented with some very encouraging news. “Alzheimer’s gene hope for 100,000 Brits,” said The Sun. “The breakthrough, announced yesterday, was called ‘the biggest advance in Alzheimer’s research for 15 years’.” According to the Daily Telegraph, “If [the research team] can prevent the new genes’ effects they could halt 20 percent of cases.” A leading scientist did add the qualifier that “I don’t think that you should expect new treatments to come overnight.”

So we’re what, then, maybe a couple of years from curing Alzheimer’s?

In fact, the discovery of genes weakly associated with a complex disease, while of considerable scientific interest, is so far from being parlayed into practical benefit that it...

That research is presented to the public in this fashion is scandalous. But it is the norm. This example was not carefully selected to make the point, quite the opposite—when I was preparing a talk over Labor Day weekend, I simply followed the coverage of the research described by the last press release to hit my email inbox.

The epidemic of overpromising on research is the topic of Stuart Blackman’s feature. Who is to blame for science being oversold? Researchers point the finger at reporters, claiming that they oversimplify work and rev up its implications. That’s often true, but it’s only part of the answer. A 2004 study 1 reported that “in some circumstances, the media reporting of science is surprisingly accurate and portrays a message created by the scientific community.”

Here’s one message created by the scientific community, an extract from the press release for the Alzheimer’s story: “The discovery of two new genes associated with Alzheimer’s disease could provide valuable new leads in the race to find treatments and possibly cures for the devastating condition.”

Politicians are also to blame. In the same press release, First Minister for Wales, Rhodri Morgan said: “This major breakthrough in the battle to understand and develop treatments for Alzheimer’s is good news for the 37,000 people in Wales and their carers who are affected by Alzheimer’s or other forms of dementia.”

A lot of science is prepackaged in this breathless way, set up by a cabal of researchers, the PR handlers at their institutes, the journals that publish the research and, sometimes, politicians. By comparison, the pieces filed by journalists are models of restraint.

Unfortunately, many of these experienced and talented reporters are under threat. The science desk is invariably an early victim of budget cuts, and dedicated science pages in US newspapers fell from 95 in 1989 to 34 in 2005, and continue to decline. Even the best of the breed struggle: the winners of the 2008 AAAS Science Journalism Awards in the small and large newspaper categories were both laid off before they could collect their awards. New models for engaging the public in science are urgently required.

In the meantime, scientists must accept some responsibility for the accuracy of coverage. Blackman’s feature ends with a stark warning about the danger of losing public confidence. It hasn’t gotten to that point, yet: Scientists are trusted (unlike journalists) by the public and politicians alike. But their status is not unassailable. Researchers should start being more humble, less triumphalist, in presenting their work (see advice from experts on how to predict responsibly), before suspicion that they are just another special interest group sets in. The consequences of that would be dire. 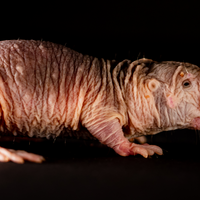 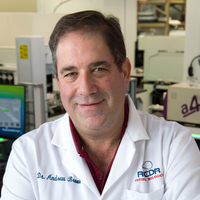