Nobel Laureate Albert Szent-Györgyi’s prescription for discovery was seeing what everybody else has seen and thinking what nobody else has thought. René Magritte’s 1936 oil painting Perspicacity shows a seated artist staring at a solitary egg on a draped table. On his canvas, he paints a bird in full flight. As expressed in Szent-Györgyi’s prescription and Magritte’s painting, discovery frequently requires unconventional thinking. The more novel a discovery claim, the greater its potential to refashion the thought style and affect subsequent research in the field. At the same time, novelty also challenges intersubjectivity and can come into conflict with the prevailing thought style. As a result, highly novel discovery claims sometimes are received...

Frustrated by the resistance of conventional thinking in the research community to his new ideas, Srere would begin his seminars by describing the I Ching. The I Ching is a Chinese philosophical system attributed to the Emperor Fu Hsi (circa 2800 B.C.E.) that is used to understand the past and predict the future. Paul explained to his audience (mockingly) that he was skeptical about the 5,000-year-old method until he examined the trigram symbols arranged in a circle. He was amazed to learn that Fu Hsi had predicted the citric acid cycle well before the cycle was discovered by Sir Hans Krebs. Then Srere would show the front cover of the Beatles 1969 album Abbey Road. He would point out some of the clues on the cover indicating that Paul McCartney had died, a popular conspiracy theory at the time. Srere told his listeners that he was fascinated “by the evidence, logic and inevitability of the conclusion that McCartney died.…It was a compelling story. The only flaw was that he was alive.” And then Srere reached his timeless conclusion: “Given a large mass of data, we can by judicious selection construct perfectly plausible unassailable theories—all of which, some of which, or none of which may be right”40.

While the skepticism of conventional thinking can delay acceptance of new ideas, if the ideas are correct, then the research community eventually catches up. One sign of the research community catching up with Paul Srere was the establishment in 1987 of an ongoing research conference titled Enzyme Organization and Cell Function (later renamed Macromolecular Organization and Cell Function). In recognition of his contributions to the field, Srere’s fellow biochemists established the “Paul Srere Memorial Lecture” beginning with the 2004 conference.

The hypothesis that prions are able to replicate without a genome and to cause disease violated all conventional conceptions and during the 1980s was severely criticized. For more than 10 years, Stanley Prusiner fought an uneven battle against overwhelming opposition.42

In the end, accommodation of the thought style to novelty frequently follows the path described by William James: “First, you know, a new theory is attacked as absurd; then it is admitted to be true, but obvious and insignificant; finally, it is seen to be so important that its adversaries claim that they themselves discovered it”13. 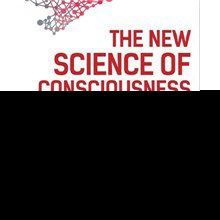