raditionally, Chinese seniors have relied on their adult children to care for them when they become too old or too sick to look after themselves. Now, the government is planning to augment family-based care with a social safety net. The centerpiece of the policy is the provision of healthcare coverage for every one of China’s 1.3 billion citizens by 2020.

It’s a move that puts the current U.S. obsession with healthcare access, fairness, efficiency, cost, and quality into context. In particular, for the 820 million-sized rural population who will see their basic coverage go from virtually zero to 100 percent, it is an amazing advance. The annual premium per person across the country will be 120 RMB, less than US$20, in 2010.

raditionally, Chinese seniors have relied on their adult children to care for them when they become too old or too sick to look after themselves. Now, the government is planning to augment family-based care with a social safety net. The centerpiece of the policy is the provision of healthcare coverage for every one of China’s 1.3 billion citizens by 2020.

It’s a move that puts the current U.S. obsession with healthcare access, fairness, efficiency, cost, and quality into context. In particular, for the 820 million-sized rural population who will see their basic coverage go from virtually zero to 100 percent, it is an amazing advance. The annual premium per person across the country will be 120 RMB, less than US$20, in 2010.

But this plan isn’t driven solely by the desire to improve health. In part, it’s a response to economic pressure. China’s previously unstoppable growth has been interrupted by the economic recession, which has caused the global demand for Chinese goods to collapse. To bridge the financial deficit, the government is anxious to stimulate domestic consumption. In a country where the savings rate is 50 percent of GDP (compared to 10 percent of GDP in the U.S.; consumption in China is about 37 percent of GDP, compared with 70 percent in the US), the potential contribution to the economy of more personal spending is enormous.

However, to overcome prudent and cautious instincts, the causes of low domestic consumption and high savings have to be tackled. One of the main drivers is the lack of social safety net and basic healthcare for much of the rural population, which makes up about 80 percent of the population. Their desire to save instead of spend is borne out of real concern for “rainy days.” The government anticipates that a strengthening of the social safety net will encourage people to spend more and save less.

rom a manufacturer’s viewpoint, the key to Chinese healthcare reform is the Essential Drug List, the bible of medicines supported by the healthcare program. The first version, released by the Ministry of Health (MoH) on August 18, 2009 and effective from early September, includes 307 drugs (205 Western drugs and 102 traditional Chinese medicines (TCMs)) that have prioritized prescription and reimbursement, in line with the WHO list of 340 essential drugs. This first part of a two-part list of essential medicines includes common antibiotics, pain relievers, and medicines for colds, high blood pressure, gastric ulcer, diabetes (insulin and three oral anti-diabetic generics), and even one cholesterol-lowering drug, simvastatin. Sixty to eighty percent of the most common ailments are covered by medicines on the list. The Essential Drug List will be adjusted every three years, reflecting changes in health demands.

Given the competing demands, the Development and Reform Commission (NDRC), which is the Chinese governing body that sets drug prices for every item on the Essential Drug List, faces a delicate balancing act. It must not set prices too high, to ensure that drugs are affordable, but not too low so that drug manufacturers would rather stop making the products altogether. In the drug pricing in Part I of the EDL released by NDRC on October 2, 2009, about half of the EDL products retained the existing “reference retail price,” 45 percent are reduced, by an average by 12 percent, and 6 percent modestly increased, according to a research report from Susquehanna Financial Group. “The rationale for EDL pricing is based on average cost of goods, market demand and competition, and affordability of the society,” remarked Ding Ding, a senior analyst from Susquehanna who authored the report.

In the future, the Chinese government is expected to gradually remove the price premium enjoyed by the off-patent originator drugs. The periodic and seemingly arbitrary price cuts for drugs will be gradually replaced by a systematic price review aimed at incentivizing innovation.

“Essential medicines do not mean cheap medicines,” commented Liu Xinming, director general of the department of policy and regulations of the Ministry of Health. “They were selected with due regard to disease prevalence, evidence on efficacy and safety, and comparative cost-effectiveness”, he said. According to the plan, by the end of this year, about 30 percent of state-owned grassroots health institutions will be equipped with all the medicines on the list and will be expected to give priorities to using them when treating patients.

From a manufacturer’s viewpoint, the key to Chinese healthcare reform is the Essential Drug List, the bible of medicines supported by the healthcare program.

According to inside sources, there was intense lobbying by various international and domestic drug companies fighting over whose products got on the list, leading to many revisions before the final table was determined. Some Western pharmaceutical companies are positioning themselves to take advantage of the transformative healthcare reform. Those who got their drugs on the essential list are aiming to gain greater access and volume in the rural market, which stands to gain the most from the reform. Others are focusing more on innovative, higher-priced drugs such as novel oncology drugs, and will continue to develop the high-end market beyond the essential drug list.

To satisfy the needs of mid-to top-tier hospitals in metropolitan cities, the second half of the EDL is expected to be released soon. “We estimate that another 200 to 300 drugs will be on the EDL part II which will include more specialized therapeutic areas such as anesthesia and oncology. More affluent regions could potentially increase the number of EDL drugs beyond the official list,” said Ding Ding of Susquehanna.

ven before the universal healthcare plans come into effect, the total value of pharmaceutical products has skyrocketed, from about 10 billion RMB (US$1.45 billion) in 1985 to more than 446 billion RMB (US$64.84 billion) in 2005. Many industry watchers believe that it is only a matter of time before China takes over from the U.S. (worth US$340 billion in 2005) as the top pharmaceutical market. China’s forecasted economic growth is 8 percent per annum for the next decade and demands for healthcare are expected to increase substantially from its 1.3 billion people, many of whom have seen their disposable income grow dramatically in the past three decades.

At a personal level, however, the numbers are not so palatable. While the disposable income of China’s urban and rural residents grew by nearly 20 fold in the last two decades, their average medical costs soared by more than 130 fold in the same period. “The [healthcare] system would help safeguard people’s basic rights in using drugs, and promote the integration of drug manufacturers and distributors,” said Chen Zhu, China’s Health Minister.

For extensive medical coverage, citizens can take out additional insurance. Minister of Health Chen Zhu told China Central Television (CCTV) in March 2009 that a new healthcare insurance policy will be launched soon in which “the top limit for health insurance will be raised to six times the average urban income.” The current limit is set at four times.

Patterns of illness are in flux and are contributing enormously to the growth of the market. One aspect of this is the aging population, which has expanded substantially in past decades. People 65 and older now account for 8.2 percent of the population, and will grow to 11.2 percent in 2020, and 22 percent in 2040. And the steady rise in income, less healthy diets, and lack of exercise mean that diseases of affluence have become epidemic in China. The diabetes rate more than tripled between 1993 to 2003, with about 26 million patients estimated to have diabetes in 2003 (although three out of every four are undiagnosed, indicative of a lack of standard population-based screening programs as well as of the recent increases in new cases, according to a 2003 Pfizer/Tulane University study). Hypertension and other heart diseases have also seen alarming increases. The Chinese government is concerned about these mounting public health problems and is devising a strategy to involve healthcare professionals and local communities in the attempt to slow down the epidemic by emphasizing preventive measures and promoting healthy lifestyles.

One aspect of this effort is the reallocation of healthcare delivery resources and financing, shifting primary care from current tertiary care providers to community health centers that would treat mostly outpatients for small ailments and prevention. According to the MoH, the number of community health centers and stations more than doubled between 2003 and 2008 to reach 29,127 by the end of 2008, covering 98 percent of all townships. This represents a 28 percent annual growth rate, while major hospitals only grew at 2.8 percent annually in the same period. By the consulting firm IMS’s estimate, the number of community health centers will exceed 50,000 by 2012.

According to inside sources, there was intense lobbying by various international and domestic drug companies fighting over whose products got on the list, leading to many revisions before the final table was determined.

Bayer China, for example, has acquired three over-the-counter (OTC) brands from local company Topsun for about US$158 million in 2007. Novartis acquired a manufacturing plant from Grunenthal, Germany in Guangdong province to expand its OTC market, and GSK entered a joint venture with Chinese drug distribution and biologics company Neptunus in June 2009 to specialize in flu vaccine manufacturing, sales, and distribution. Future M&As in the areas of OTC, manufacturing, drug distribution, and pharmaceutical R&D are likely to expand as multinationals try to differentiate themselves and gain market share in the dynamic Chinese market.

IMS analysts predict that the mash-up is likely to continue: Multinational and domestic pharma companies will cross boundaries beyond each other’s usual areas of focus, with multinationals expanding into OTC and TCM markets; generics manufacturers will license innovative products and promote branded generics such as ethical drugs, and OTC and TCM firms will explore generics market through M&A.

These trends, combined with changing demographics and a price control environment, and the overhaul of the Chinese healthcare system, will make China the most fascinating pharmaceutical market to watch in the years to come. This is a high-stakes game with winners yet to emerge. Perhaps there will be valuable lessons for other countries in the process. 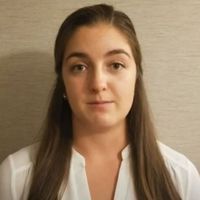