Imagine a land where every year a deadly plague afflicts 53,000 people—enough to fill a small stadium. Most are fortunate enough to discover their illness early, when it is completely curable. But 8,000 are not so lucky and their disease spreads to other parts of the body, with lethal consequences. Imagine this happening each year, with little reduction in the numbers who die, and you will understand the toll melanoma takes on patients and their families in the United States alone.

An electrical switch
for cancer?

Currently, there are only two FDA-approved treatments for patients with metastatic melanoma: dacarbazine and interleukin-2. These treatments have complete response rates of 2.7 percent and 6.3 percent respectively. A durable complete response—the disappearance of all cancer—is the holy grail of cancer treatment. While patients can sometimes benefit enormously from partial responses, every...

Two new treatments, ipilimumab and PLX4032, will probably soon receive FDA approval. While both improve the survival of late-stage metastatic melanoma patients, their reported rates of durable complete response are 0.6 percent and about 2.0 percent, respectively. The difficult reality for melanoma patients is that partial response with any of the available treatment offers only a temporary respite in disease progression. Of course, living with cancer is better than dying from it, but oncologists have not yet been able to achieve a “stasis” of disease like that seen in patients with HIV. Although there are exceptions, delays in the progression of metastatic melanoma after an incomplete response to treatment are usually measured in months, not years, and most of these patients will die from their disease.

A durable complete response—the disappearance of all cancer—is the holy grail of cancer treatment.

Adoptive cell transfer (ACT) might offer more than simply hope to people who have failed on these and other treatments. ACT employs methods that involve extracting a patient’s antigen-specific immune cells, usually found in tumor tissue, and expanding the number of these antitumor T lymphocytes ex vivo. When the cells are reinfused intravenously together with the T-cell growth factor (interleukin-2), they are demonstrably capable of trafficking to the tumor and mediating its destruction. The addition of “preparative lymphodepletion”—the temporary ablation of a cancer patient’s immune system—can be accomplished using chemotherapy alone or in combination with total-body irradiation, and is associated with enhanced persistence of the transferred T cells.

ACT can lead to prolonged tumor eradication even for patients with stage IV metastatic melanoma who have exhausted other treatment options. While oncologists are always hesitant to use the word “cure,” mature clinical trials of ACT have demonstrated the disappearance of all tumor in 20/93 patients treated (21.5%). Most importantly, for 19 of these 20 patients (95%), the complete responses have been durable and long-lasting, with some patients remaining disease free for more than 7 years (J Clin Oncol, 26:5233-39, 2008; updated 2010). For these patients, ACT-based immunotherapy may well represent a cure.

It is not easy to own the “drug” used in adoptive cell transfer— the patient’s own T cells.

It is important to distinguish ACT-based treatments from other immunotherapies, such as therapeutic cancer vaccines, which have seen a surge of support from pharmaceutical companies since the approval of sipuleucel-T (Provenge). Costing approximately $93,000, sipuleucel-T is not associated with long-term response or even tumor regression. Cancer vaccine clinical trials have resulted in an overall response rate of less than 4 percent (Immunol Rev, 239:27-44, 2011). Some therapeutic cancer vaccines might provide modest but valuable prolongation of survival, but those currently in use do not come close to the aspirational goal of a “cure.”

The first explanation for the scarcity of these treatments is financial. ACT-based immunotherapies are still considered experimental, are not FDA-approved, and are not paid for by patients’ insurance. Thus, only a handful of locations are able to bear the fiscal burden of administering ACT. But how heavy is that burden? Assuming the host institution has a cell production facility and the specialized staff to run it, the cost for producing a single dose of adoptively transferred T cells is approximately $20,000 plus all costs associated with hospitalization for the treatment. However, even though the costs of ACT can be high, most patients only require a single dose. Estimated costs seem comparable to or less expensive than many of the recently FDA-approved cancer medications—such as bevacizumab (Avastin) or cetuximab (Erbitux)—where the price tag for the medicine alone can exceed $80,000, and no patients are cured. Although ACT-based immunotherapies are neither quick nor cheap, an immune-based approach this effective for a subset of patients is likely to represent a reasonable cost-benefit profile.

It might seem perplexing that the private sector has not pushed for an FDA-approved licensing trial. However a clear path to profitability is still missing in the development of ACT-based immunotherapy for use in the medical marketplace. Not a simple injection or a pill, ACT-based treatments are uniquely tailored for each patient. The cost of entry into the field with a licensing trial includes construction of a specialized facility and the acquisition of highly trained medical and laboratory staff. There may also be a perception that ACT-based approaches lack a clearly defined claim to intellectual property (IP), which entices companies and their shareholders to invest in the development of new treatments. After all, it is not easy to own the “drug” used in ACT—the patient’s own T cells. However, recent financial success realized by Dendreon, the manufacturers of Provenge, which also uses autologous cells, may go a long way toward changing the attitudes of investors. Many aspects of antitumor T cell production might be patentable, and the use of patentable genetically engineered T cells could provide the type of clearly defined IP that investors seek.

Some may argue that a more appropriate sponsor for ACT-based immunotherapy is the cash-strapped public sector. It seems more likely that a network of cancer centers, institutes, and hospitals could form a consortium to refine ACT technology and sponsor an FDA-approved licensing trial. A successful trial and FDA approval for ACT-based immunotherapy could result in a financial windfall for participating institutions. It also seems plausible that leaders from the not-for-profit sector could step forward. A social entrepreneur or “dot-org” research foundation could potentially catalyze the widespread application of ACT technology.

Adding to the list of cancers treatable with ACT could provide a new group of stakeholders with the impetus to push the concept forward. Although most of the work done thus far has been focused on melanoma, current efforts have enlarged the list of cancers treatable with ACT to include synovial-cell sarcomas and B-cell lymphomas. These new examples will hopefully encourage corporate and nonprofit entities to envision the possibility of treating more-common cancers, such as those of the lung, breast, colon and prostate, which offer bigger targets for cure, as well as larger financial incentives. Although the use of ACT-based treatments remains confined to a handful of centers worldwide, the employment of a patient’s own immune system to eradicate cancer is a strategy that can no longer be ignored.

Nicholas P. Restifo is a principal investigator at the National Cancer Institute’s Center for Cancer Research, where he works on designing new immunotherapies for patients with advanced cancer. Megan Bachinski is a writer and editor living in Silver Spring, Maryland. 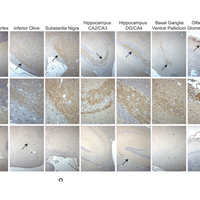 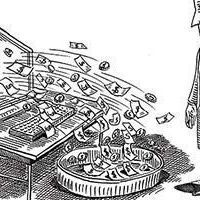 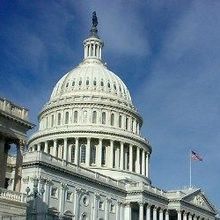