Mechanical Forces in the Ear

Sound comes in the form of waves of compressed air, and detecting that sound is wholly dependent on the ear's ability to convert variations in air pressure to chemical signals that can be interpreted by the brain. When sound enters the ear, it deflects the eardrum that lies at the junction of the outer and middle ears. This deflection is then transmitted through the middle ear to a small membrane at the opening of the inner ear, resulting in the formation of waves in the fluid of the inner ear. Those waves flow through the cochlea in a rhythmic fashion and induce parallel deflections in the sensory hair cells that are physically coupled to the cochlea, where the mechanical force translates into a chemical signal.

Stereocilia—bundles of rigid actin filaments—protrude from the ends of the sensory hair cells. They are embedded in a...

"The cytoskeleton is key in hair cells—that's just sort of a given," says sensory biologist Teresa Nicolson of the Oregon Hearing Research Center at Oregon Health and Science University. "The reason why hair cells are so sensitive is because their stereocilia are so stiff, and that's because there's this crystalline packing of actin filaments." The tension in the cytoskeleton and length of the stereocilia influence both the sensitivities and frequencies to which the hair cells are tuned (PNAS 97:3183-88, 2000).

More recently, scientists began to suspect that nonmuscle myosins in hair cells also participate in this process as mutations to these proteins are associated with hearing loss in humans and other animals. Myosins may serve a structural role, linking the actin of the stereocilia to the plasma membrane or tacking down the plasma membrane to the actin meshwork in which the stereocilia are embedded. Maintaining the tension in these structures is essential to the propagation of sound signals. Additionally, myosins may participate in adaptation to continuous noises, which involves the closing of transduction channels after periods of sustained stimuli (Phil Trans R Soc Lond B, 359:1895-905, 2004). 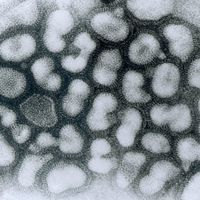