Fruit fly genetics may help us understand how organisms can - or can't - adapt to climate change.

1 Hoffman's team reported that on the East Coast of Australia, the classical latitudinal genetic clines of Drosophila have shifted over the past 20 years an equivalent of 4 degrees latitude (some 400 km), which means that genetic clines are now found in flies 400 kilometers away from where they were 20 years ago.

Can organisms that change as the climate does have the genetic wherewithal to keep up with rising temperatures?

The researchers focused their analysis on the alcohol dehydrogenase (Adh) locus, since the Adh gene has been correlated with natural variation due to temperature, rainfall, and humidity changes. In addition to tracking the gene's presence in different populations, "we're basically trying to track down what the Adh does," says Hoffman. "It now is a marker for temperature change, and shifts as temperature shifts." The Adh gene does have an impact on phenotype; it has been linked, for instance, to body size. "We've been trying to track down precisely how selection acts on that gene."

In unpublished work on other physiologic effects associated with Adh, Hoffman's group has examined two forms of the Adh gene that may affect female flies' ability to hold onto their eggs and reproduce after colder winters. As temperatures continue to rise, Hoffman says, this over-wintering ability seems to be growing less and less important, to what final effect Hoffman has yet to determine.

Altitude and associated temperature and rainfall values also have an impact on chromosome arrangement frequencies. William Etges, professor of biology at the University of Arkansas, examined how shifts in ambient temperature affect altitudinal clines and chromosomal arrangements in flies in the Great Smoky Mountains National Park.2 Using fly data stemming back to the 1950s, Etges showed that since the 1980s, chromosomal arrangement frequencies have been shifting in step with warming temperatures from the base to the top of mountains. "I never would have believed it would have happened there," Etges says. "Here's an unperturbed national park, but yes, the temperatures have changed."

Whether flies and other animals are responding directly to elevated global temperatures is debatable. As William Bradshaw and Christina Holzapfel, both ecologists at the University of Oregon, wrote in Molecular Ecology last year:4 "Genetic changes are not due directly to climate change itself, but stem instead from effects of climate change, such as seasonal changes that influence when to migrate, when to reproduce and hibernate, etc. In which case, uniform temperature elevations may not necessarily affect all animal life-history events at the same pace."

Can organisms that change as the climate does have the genetic wherewithal to keep up with rising temperatures? Shifts in genes may help some species adapt to changing temperatures and rainfall patterns, but climate changes can outpace certain fly populations' ability to adapt, in which case their quick breeding and rapid adaptive capabilities will fail them. For example, rainforest fruit fly species are extremely sensitive to desiccation, and so might not survive significant increases in temperature. "There are weedy, adaptable species" that can quickly change genetically, says Hoffman, but it's the other species with a limited range of adaptation that will "get into a lot more trouble a lot more quickly," he predicts. 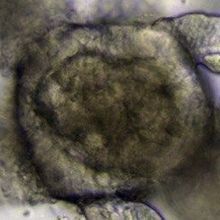