Gabriele Sorci discusses how invaders can band together to more effectively infect hosts.

Any given mammalian immune system mixes it up with trillions of individual microorganisms, viruses, and macroparasites on a regular basis. These foreign invaders can cooperate with each other to create conditions favorable for the colonization of their host. University of Bourgogne evolutionary ecologist and Faculty of 1000 Member, Gabriele Sorci, discusses a paper that describes how parasitic worms may make it easier for some bacteria to infect the same host in the wild (The American Naturalist, 176:613-24, 2010).

The Scientist: Helminths, or parasitic nematode worms, are the most common parasites infecting wild animals. To take up permanent residence in their hosts, they have evolved ways to evade the host’s immune system. How do they simultaneously affect the host’s ability to deal with other invaders?

Variety, the Spice of Immunology...

Gabriele Sorci: Helminths are believed to activate the T-helper type 2 immune response. This type of response is characterized by the production of anti- inflammatory cytokines which reduce the amount of proinflammatory cytokines, needed to fight microparasite infections such as viruses or intracellular bacteria. This picture is more complex than previously thought, because there is a third family of lymphocytes known as T regulatory cells. These cells have major effects because they downregulate the inflammatory response. Now there is evidence that helminths activate these regulatory cells as well. So there is an overall immune suppression of animals that are infected with helminths. The side effect of this is that other parasites can take advantage of the fact that hosts that harbor nematodes or other helminths are immunosuppressed.

TS: Anna Jolles from Oregon State University led a team of researchers to a wildlife reserve in South Africa in order to study how helminth infection in free-ranging African buffalo altered the animals’ ability to combat the intracellular parasite that causes bovine tuberculosis. They found that buffalo harboring helminths were indeed more susceptible to tuberculosis infection.

GS: This is one of the very few articles that have addressed this issue in a natural population of animals. The specific example with the spread of tuberculosis in the African buffalo is extremely interesting because it suggests that the spread of tuberculosis is due to the presence of nematodes. Possibly in the absence of nematodes the bacterium would not spread to invade the host population. It really has a lot of implications in terms of the etiology of infectious diseases in the wild.

TS: Why is it important to study these interactions in the wild?

GS: In natural populations you have a complexity that has nothing to do with the extremely simple environmental conditions that laboratory animals face in their cages. We tend to study simple associations: one host and one parasite. The problem is that these are completely unrealistic situations, because we know that in nature a given host will never just encounter a single parasite. There is always a community of parasites that interacts, competes, and cooperates and faces a common host environment. So these things that interact and cooperate might completely change the outcome of the association we are studying.

TS: It is estimated that over a quarter of the human population is infected with nematodes. What does this mean for our understanding of human infectious disease?

GS: The effect that helminths have on the immune response of their mammalian host has been shown to occur in humans as well. There’s a bunch of studies on the etiology of infectious diseases in populations with endemic helminth infections. I think in this respect, humans also have to deal with multiple infections and co-infections with other parasites that interfere with the immune response and, therefore, can facilitate the invasion of other parasites or increase the likelihood that another parasite can enter or establish within the host.

Sorci’s lab at the University of Bourgogne studies the evolution of host immune responses and how parasites interfere with the immune systems of birds and mammals. You can access his F1000 evaluation of the paper here. 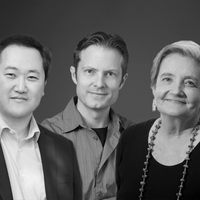 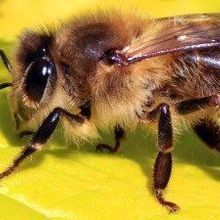