Slideshow: A tour of Carnegie
Institution of Washington embryology department

Video: See the flatfish metamorphosis with commentary from Alex Schreiber

A Poem on the Youngest Embryo by Elizabeth Ramsey

Alex Schreiber, research associate at the Carnegie Institution of Washington embryology department, says he's into doing "simple experiments if at all possible." When your research subjects demand hundreds of pounds of salt, thousands of gallons of water, and dozens of 10-gallon containers of what he calls "concentrated salt water," essentially what's left when you remove both salt and water from seawater, simplicity is a welcome luxury.

Schreiber studies flatfish such as the southern flounder which metamorphose about two weeks post-fertilization from normal-swimming, normal-looking, symmetric larva, to bizarre, frying pan-shaped adults with two eyes on one side...

One hypothesis, Schreiber says, is that de-iodinases, the enzymes that activate or deactivate thyroid hormone, are asymmetrically expressed, "so ... the two sides of the head respond differently to thyroid hormone which circulates evenly through the body." He's found some evidence for this.

The craniofacial remodeling is only part of the equation, though. As they grow to adults, the fish also take on an idiosyncratic sideways feeding behavior. Schreiber wanted to find out if the behavior is an adaptation to the eye migration, or something that happens independently. That's where simple experimentation came in. Using infrared cameras, Schreiber filmed his fish with the lights off at several points during development. According to unpublished work, he says, at a certain point pre-metamorphosis, symmetric young fish swim sideways in the dark likes adults, but right themselves when the lights come on.

Though his research is largely curiosity-driven, Schreiber wants to develop flatfish into a model system for development, citing bone remodeling, craniofacial deformities, and inner ear development as potential human health applications. While there is a flatfish research community, most of it comprises ecological and fisheries researchers. Schreiber's talk at the 10th Annual Flatfish Biology conference this past November "generated a great deal of interest and discussion," says conference chair Renee Mercaldo-Allen of the National Marine Fisheries Service. 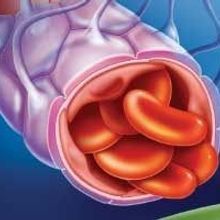