You don’t like my ideas? Tell me to my face, please.

Disagree- ments among scientists do not go away simply because people are reluctant to argue in public.

I am frequently struck by the paradoxical behavior of biologists. Recently, I attended a conference on biofuel development that included a discussion of the feasibility of deriving fuels from algae. In the open meeting, only a few biologists voiced an opinion, all stated very politely. In private, however, the opinions that I heard were invariably strong and contentious, and few people agreed with what appeared to be the general consensus. It seemed that most of the meeting participants were unwilling to let their viewpoints be publicly known.

Biologists were not always so shy about their scientific views. When I was a graduate student in the 1970s, I was trained by scientists who thought that all students should get up...

I eventually came to appreciate our teachers’ view that good science comes from the open competition between ideas. Even the best hypotheses and conjectures are based on incomplete data and are influenced by inherent biases. Presenting these ideas in public provides an excellent opportunity to stack them up against the competition. I found that anticipation of a direct public question was also one of the most effective motivators for critical thinking.

The War on Animal Research

At scientific meetings I attended as a graduate student, it was not uncommon for scientists to stand up after a talk and declare that a new idea was wrong. Alex Novikof was a famous cell biologist who was renown for standing up and challenging any scientific idea that did not agree with his view of the universe. His challenges were not presented in a nasty style, but did include blunt questions about how the new data could (or could not) fit into his conceptual framework. As students, we loved these “Novikof moments” because it made science seem real and active. We also thought it was a good example to follow.

I witnessed a number of impromptu debates following scientific talks when I was young, and even participated in a few. Over the years, however, these seemed to become less and less frequent, and are now relatively rare. This “gentrification” of public science is something that seems to be specific to biology. A couple of years ago I attended a Keck Futures Initiative Conference that brought together biologists, mathematicians, physicists, and engineers. During presentations, the biologists were publicly polite and well behaved, whereas participants from the other scientific fields were much more raucous.

Why have biologists become so polite? I think much of it is due to the rapid expansion of the field over the last several decades. As part of this expansion, the demographics have become much broader and inclusive; the sociology of the field has changed as a consequence. Some traditional aspects of the field, such as public confrontations, have come under attack as being relics of its former male dominance. Slowly but surely, the social interactions in biology have shifted towards those of the general population, which are rarely confrontational. Fields that have not experienced rapid expansion seem to have retained more traditional modes of scientific interactions.

Although the lack of public confrontations might be more socially comfortable, I think that vigorous public debates are healthy. Disagreements among scientists do not go away simply because people are reluctant to argue in public. Instead, they will reveal themselves in unfavorable reviews of manuscripts and rejected grants. It is much better to know up front how people perceive our ideas and interpretations than to pretend that everyone loves them.

The availability of comments following online publications offers a new and potentially valuable approach to enhancing public scientific debate in biology. However, a comment is only really useful when the author is identified, because it allows you to evaluate its credibility. Besides, why should anyone respect an opinion that even the author is not willing to claim? And being honest does not mean being insulting or nasty. Open and honest debate has always been necessary for the best science, but mutual respect between the participants is necessary to make it work. 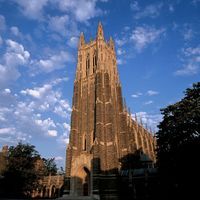