Paul Ehrlich on why unchecked population growth continues to be a time bomb.

The human population is set to hit the seven billion mark next year. Paul Ehrlich, entomologist, conservationist, and author, in 1968, of the seminal book on human overpopulation, The Population Bomb, discusses a recent article by ecologists Charles Hall and John Day that reconsiders a perennial question: is there a limit to our growth? (American Scientist, 97:230-37, 2009).

The Scientist: It’s hard to dispute that resources will become scarcer if the human population continues to grow. But there’s a pervasive optimism that ingenuity and technology will result in more efficient ways to use, recycle, or find replacements for these resources.

Paul Ehrlich: They’ve been saying that ever since I’ve been in this game, which is now...

No person who can count up to 20 without taking off their shoes doubts the basic premise that a population can outgrow its resources. If you continue growth at today’s rate, there will be more people than elementary particles in a few thousand years. There’s no question at all that there are limits to growth. The issue is: what are they? The Hall and Day paper basically revisits some of the earlier data and suggests, as does everything in the world that is happening today, that not only are we reaching the limits, but we’re already past the long-term carrying capacity of the planet.

TS: Scientists have been sounding this alarm since the mid-20th century when the human population size was half what it is today. You predicted that overpopulation would cause large-scale famines, wars, and death by the end of that century. Those doomsday scenarios did not come to pass, and some people called that “crying wolf.”

PE: Most of the arguments about how bad the predictions were are made by people who never read them carefully. For example, I am attacked on the Web virtually daily for having said that the battle to feed all of humanity is over. That was in the first couple of lines of The Population Bomb. There were about half a billion people hungry at that time. Today, there are about a billion people hungry, and yet people are saying, “Ehrlich was wrong and he was disproven.” You have to remember that scientists live by the opinion of other scientists. I’ve perpetually had the full support of my colleagues and the majority of the scientific community. Show me an area of science where somebody who wrote something in 1968 believes exactly the same thing 40 years later, and I’ll show you an area of science that’s dead.

TS: The only concrete solution that Hall and Day offer is to make these growth/scarcity issues central to education at all levels. Isn’t that a rather long-term solution, when at the same time they stress that we’re running out of time?

PE: The problem is that virtually all the really important things have to be long-term. You can’t change the education system in two years; you can’t change the energy system in two years; and you can’t make any change humanely in population size in less than a number of decades. All of which tells me that we should have started long ago, and we certainly should start now. We know more than enough about the science of what’s happening to the world to know in what directions we ought to be moving. The problem is we’re not going in those directions.

TS: Are you worried that people may ignore these issues because they are so depressing?

PE: Most of my colleagues who look at this closely think we might have something like a 10 percent chance of keeping civilization from collapsing. When you have grandchildren and a great-grandchild as I do, it seems to me we owe it to them to do our best to try. I still think that if we had a World War II-type mobilization of society, then we’d have a fighting chance of pulling through. The issue is: will we ever get together the political will to do it?

Ehrlich has been a Faculty Member since 2006 and is the president of Stanford University’s Center for Conservation Biology. You can access his review of the article here. 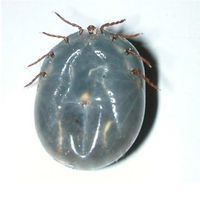