The finding
Autophagy allows a cell to reuse essential molecules, eliminate bacterial invaders, or undergo programmed cell death. Nicholas Heaton and Glenn Randall at the University of Chicago discovered that dengue virus commandeers the autophagosome to convert cytoplasmic droplets of fatty acids into energy, for efficient viral replication. The study shows “how an intracellular pathogen can hijack the cell’s self-destruction machinery to fuel its selfish agenda for replication,” wrote F1000 Members Joeli Marrero and Sabine Ehrt in their evaluation.

The lipids
Heaton was studying the location and increased number of autophagosomes in dengue virus–infected cells when he noticed that the distribution of the autophagosomes correlated with that of lipid droplets. As infection progressed, the size of these lipid monolayer-bound droplets decreased, suggesting that the virus was using the fat stores.

The energy
The lipid droplets became depleted of triglycerides, an important cellular energy source. The researchers found that after dengue-virus infection, cells’ rate of β-oxidation—a metabolic pathway utilizing triglycerides—rose significantly and in step with triglyceride depletion. When they inhibited β-oxidation, viral replication and extracellular virus release declined, indicating that autophagy was needed for viral spread.

The trigger
The next step is to identify how this specific autophagic process is triggered by the virus. Interfering with autophagy in general could be toxic to a cell, but the initial induction of autophagy by dengue virus “is something you can target,” says Randall. 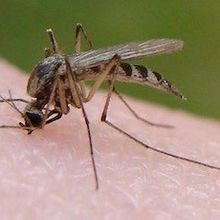 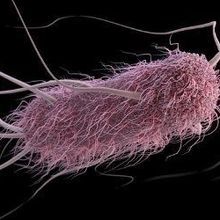 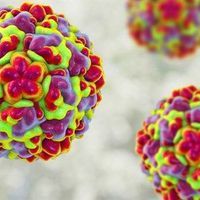