The trouble with animal models

One day in the 1950s, Stanley Cohen placed a small piece of mouse salivary gland in culture next to a ganglion. When he returned, he found massive nerve growth.

By chance, Cohen had grabbed a male mouse for the experiment. Cells in its salivary glands are 10 times more androgen-responsive than those in females. Cohen has said that if he had used a female the response would have been much less, and he wonders if he would have made the crucial association that led to the identification of nerve growth factor - and ultimately to his sharing the 1986 Nobel Prize in Physiology or Medicine.

Half a century later, a research team at the University of California, Los Angeles, looked at the expression of 23,000 genes in brain, liver, fat, and muscle tissue in mice....

Despite decades of research demonstrating that gender matters in animal research, many studies continue to be done in only one gender, because doing otherwise would increase complexity and cost. "Everyone uses only males, across the board," says McGill University psychology researcher Jeffrey S. Mogil. "Since NIH changed the rules 15 years ago, all clinical research has to be done in both sexes, but all preclinical research is still done in males."

For example, in a review of papers on the behavioral measurement of pain published over the course of 10 years in the journal Pain, 79% of the studies were on male rodents. In the five percent of the studies that tested males and females, there was no word of that fact in the discussion section. The gender of the subject wasn't even reported in three percent, so presumably it was male. "So, 87% of the studies in the field simply don't care about sex differences at all," says Mogil.

The bias toward using only animals of one sex is often based on quite practical concerns: Male mice are larger and thus offer easier targets for attaching electrodes; they don't have estrous cycles that can complicate pharmacology; and in many fields, there is a significantly larger body of literature and data sets on which to build. In contrast, Females are less aggressive and easier to handle; they are smaller, requiring less weight-administered drug; and they generally are less expensive.

"Most toxicology studies have been done with males because of the estrous cycle, which creates this tremendous amount of variability," says Judith Zelikoff, an immunotoxicologist at the New York University School of Medicine. "People don't want to deal with the variability. They try to pool data from both sexes; they don't think there will be any difference." She compares it to a generation ago "when people thought that children were small people and their metabolism wasn't any different."

There are pitfalls to the practice of studying only males. "One-third of my CV is only there because we routinely, as a matter of course, test both sexes, and have found these differences that have turned something that wasn't so interesting into something interesting," says Mogil. "If you don't look, you don't find."

Dermatologic research is a major exception to the male preference. Scientists generally use hairless mice, and prefer females because they are much less likely to fight, so there is less wounding and scaring that can complicate observations, says Tatiana Oberyszyn, a researcher at the Ohio State University Medical Center. When she used males, however, Oberyszyn found that they had about 50% more tumors than did females at every time point, and their malignancies were more aggressive. That finding is consistent with the higher rate of skin cancer in men than in women, which was traditionally thought to be due to different levels of sun exposure.

The importance of such differences varies by strain and what's being tested. When Mogil used twelve strains of mice to measure response to morphine analgesia, he found males significantly more responsive in three strains, females in one strain, and insignificant differences between the sexes in the remaining strains. "Sex differences are important, but I think of them as one component of the bigger, more important question - that of individual differences." 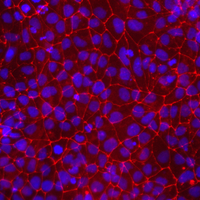