Working and living at TRUDEAU

After not even making the top 40 lists the past 3 years, the Trudeau Institute shot to The Scientist’s number one spot in 2010. Postdocs there attribute this accolade to the institute’s specialized research focus on infectious and inflammatory diseases, collaboration between labs, and idyllic location on Saranac Lake in the heart of New York’s Adirondack Mountains.

Working and living at TRUDEAU

A new life for research in PORTUGAL

Top US and International Institutions

Charts about this year's respondents

“It is a really unique environment here,” says Richard Robinson, a postdoc who has been at the institute more than 2 years. “Scientifically, Trudeau has such a special niche,” he said. Furthermore, because Trudeau offers housing for both...

Originally founded in 1884 as a tuberculosis sanitarium, the Trudeau Institute was reorganized as a biomedical research center in 1964 with a focus on the eradication of infectious and inflammatory diseases. With fewer than 150 researchers total, the focused research agenda gives postdocs the opportunity to interact and work with labs other than their own, says postdoc Julie LeFebvre.

While the quality of science is what initially drew them to the Trudeau Institute, postdocs say it was the salary, low cost of living, and lifestyle that finalized their decision. The $36,000 to $43,000 postdoc income goes further in rural New York than it would in a city. 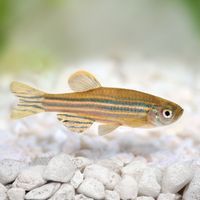