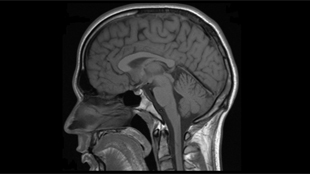 WIKIMEDIA COMMONS, HELMUT JANUSHKACranial radiation therapy, or radiation targeted to the brain, has been an effective means of decreasing the size of brain tumors. However, the treatment is known to cause neurological dysfunction later in life, though the exact mechanisms underlying the damage have not been clear. Research published Monday (July 15) in the Proceedings of the National Academy of Sciences, demonstrates that the life-saving therapy compromises the structure of neurons in mice.

Vipan Parihar and Charles Limoli, oncologists at the University of California, Irvine, observed a significant reduction in the complexity of dendrites—the branch-like structures on neurons that receive input from other neurons—following treatment with a low dose of radiation—equivalent to a dose used for children—or a dose 10 times higher. Dendritic branching, as well as dendritic length and area, were reduced by more than 50 percent for both doses.

The radiation therapy resulted in a...

The kinds of alterations to the morphology of dendrites observed experimentally in this study are also commonly observed in disorders such as epilepsy, Alzheimer’s disease, and Huntington’s disease. However, the authors caution in the paper that further research is needed to determine the effects of radiation therapy on the architecture of neurons in human patients.

“That does not mean that one should demonize the radiation,” Thorsten Langer, an oncologist at the University Hospital for Children and Adolescents in Erlangen, Germany, told Der Tagesspiegel. “We need them almost always to save the children.”