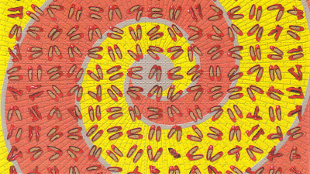 WIKIMEDIA, WILLIAM RAFTIIn population studies involving more than 100,000 US adults each, two independent teams have found no links between reported psychedelic drug use and negative mental health effects. Moreover, one of the groups found evidence to suggest that the drugs may help prevent suicide. Both teams’ results were published in the Journal of Psychopharmacology in January.

“We are not claiming that no individuals have ever been harmed by psychedelics,” Matthew Johnson, an associate professor of psychiatry and behavioral sciences at Johns Hopkins Medicine, told Nature. “Anecdotes about acid casualties can be very powerful—but these instances are rare.”

Johnson and his colleagues assessed connections among the use of drugs like lysergic acid diethylamide (LSD), MDMA, and psilocybin (the active ingredient of so-called magic mushrooms) with psychological distress and suicidality, finding evidence to suggest that “classic psychedelics may hold promise in the prevention of suicide,” the authors wrote...

Separately, Pål-Ørjan Johansen of the Oslo-based nonprofit EmmaSofia and the Norwegian University of Science and Technology’s Teri Suzanne Krebs , which advocates for the controlled use of MDMA, evaluated the relationship between psychedelic drug use and mental health outcomes. “We failed to find evidence that psychedelic use is an independent risk factor for mental health problem,” Krebs and Johansen wrote in their paper. The authors reported similar findings in PLOS ONE in August 2013.

“Psychedelics are not known to harm the brain or other body organs or to cause addiction or compulsive use; serious adverse events involving psychedelics are extremely rare,” Johansen and Krebs wrote in their most recent analysis. “Overall, it is difficult to see how prohibition of psychedelics can be justified as a public health measure.”