Antibiotics have been around since the introduction of penicillin in the 1940s, but the fight against bacterial infections is far from over. The emergence of resistant strains or "superbugs" has made bacterial infections increasingly difficult to treat with available antibiotics. is one of the most challenging; it is responsible for half of hospital-associated infections and claims the lives of about 100,000 patients each year in the United States alone.1

Antibiotic-resistant strains have increased at an alarming pace of about 8% each year in the last decade. Resistance is rising to even the most powerful drugs, such as vancomycin, and seems to appear within a decade of an antibiotic's launch into the market.23

Currently, all the infection-fighting drugs on the market or in company pipelines are in the traditional antibiotic model. Modern genomic technologies have, so far, failed to deliver novel therapeutics, with only two new classes of antibiotics (the oxazolidinones and the lipopeptides) entering the market in the last 30 years.4 The inability to rapidly find new substitutes for classic antibiotics, together with an unfavorable climate for drug development, has created a sense of frustration among investors. New technologies are eagerly awaited, but poor performances of new drugs on the market raise skepticism and fear that subsequent new drugs will also eventually fail. In addition, new advisory guidelines from the Food and Drug Administration are needed for technologies outside the traditional antibiotic model.

We have developed a novel way of killing resistant strains of bacteria by targeting biofilms and toxin production. The current regulatory framework, however, does not adequately address how this and other new technologies should be validated in human studies. Regulatory approval may also be more complicated because new, innovative drugs may need new methods of delivery, such as by microchip or as coatings on medical devices.

The finite life span of new antibiotics is due to a number of factors, including the mechanism of action, the largely indiscriminate and pervasive use of such drugs, and the fact that newly introduced antibiotics are merely modifications of existing ones. This short life span has also caused Big Pharma to lose interest in new antimicrobials. The total cost to develop and bring a new drug to market is $800 million and requires up to eight years from early testing in animals to product launch.5 While this investment would produce a favorable return for drugs to treat chronic diseases such as cancer and neurologic and musculoskeletal conditions, the return is not as favorable for antibiotics. The risk-adjusted net present value (NPV) can be three to 10 times lower with antibiotics compared with other drugs (antibiotics NPV = 100, musculoskeletal drugs NPV = 1150).6

Another obstacle to drug development is the increased regulatory requirements for antibiotics. In the early 1990s, the FDA introduced guidelines that resulted in new and costly demands for the development of antibiotics.7 In an era when hospital- and community-acquired infections are increasingly drug resistant, the efficacy of new drugs are benchmarked against susceptible strains, such as methicillin-susceptible

An FDA advisory board has stated that novel antibacterial agents, to be considered for approval, should demonstrate frank superiority to existing antibiotics.6 However, innovative products that fight drug-resistant strains are unlikely to be better than existing drugs that can effectively treat susceptible strains. New antimicrobials would be more likely to make it to market if the FDA introduced new references, such as drug-resistant strains of bacteria, and used new pathogenic targets to evaluate efficacy, such as the inhibition of toxins or prevention of biofilms.

A biofilm is essentially a carpet of bacteria that forms after an organism has entered a host. Within the biofilm, bacteria are encased in a glyco-calix matrix and are protected from the environment. The host's immune defenses and antibiotics are relatively ineffective at eliminating bacteria within a biofilm. These bacteria act as a multicellular community with different degrees of metabolism and growth patterns, until they release toxins and spread within the host, which can trigger bacteremia, sepsis, and death.8 Biofilms can grow on wounds, scar tissue, and medical implants, or devices such as joint prostheses, spinal instrumentations, catheters, vascular prosthetic grafts, and heart valves. Staphylococci (especially and ) are responsible for more than 50% of these infections.9

We have shown that bacteria communicate with one another by releasing chemical signals that increase with bacteria's density (quorum) status. The capacity to sense these signals is called quorum sensing.8 In staphylococci, quorum-sensing molecules regulate attachment, detachment, spread, and release of toxins, all necessary to enable the bacteria to survive within the host and overcome host immune defenses.

Identification of quorum-signaling pathways has allowed the discovery of related molecules and their receptors. These molecules are responsible for the downstream activation of regulatory cassettes involved in bacterial virulence (biofilm and toxin production). In staphylococci, inhibitors of these signals such as the peptide RIP (RNAIII-inhibiting peptide) have been developed. We have performed multiple tests in various animal models and have shown that RIP can prevent infections caused by any strain of or , including strains that are resistant to methicillin or vancomycin.101112

Quorum-sensing inhibitors such as RIP prevent infections by a different mechanism than that of classical antibiotics. RIP does not directly kill the bacteria, but instead prevents the bacteria from attaching an forming a biofilm, and producing the toxins necessary for survival within the host. This results in elimination of disease-causing bacteria while maintaining the normal healthy microflora. Pioneering technologies such as RIP need to be validated in human studies. However, such studies need a new design that uses different endpoints from traditional studies of antibiotics, such as inhibition of biofilm formation. Therefore, discussion with FDA officials and new advisory guidelines from FDA panels are needed.

Because RIP is synergistic with certain antibiotics, such a peptide might initially be used to enhance the effectiveness of commonly used drugs.1314 New drugs might first be used to coat medical devices to protect against bacterial attachment and consequent biofilm formation. A series of investigations into such coating devices has been conducted, although products have yet to reach the market.

In addition to quorum-sensing inhibitory peptides,11 other materials have been studied, ranging from synthetic compounds to biological mediators, including innate immunity or cationic peptides.151617 Future products could include medical implants coated with microchips that would "sense" bacteria and slowly release a drug.18 The advantage of this technology would be inducible, localized drug delivery.

Overall, a more realistic regulatory environment as well as more interest from pharmaceutical companies and investors would help spur innovative solutions to kill bacteria. Although new ideas take time to become trustworthy, potential fast-track approval by FDA and quick entry into the marketplace may cause enthusiasm to replace initial skepticism.

The common abuse and near addiction to antibiotics will make it difficult for new technologies to be adopted initially. However, regulatory changes could motivate new companies to invest in the research and development of alternative therapeutics.

Naomi Balaban is an assistant professor of infectious disease at Tufts University School of Veterinary Medicine in Grafton, Mass. Giorgio Dell'Acqua is a scientist at BalaPharm International, a start up company to be based in Grafton, Ma. They have collaborated on the development of RIP, a peptide that inhibits pathogenesis. 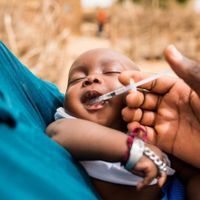 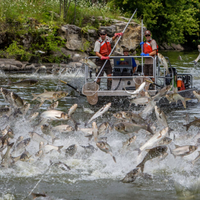