A Boeing engineer tells me that a modern airplane has about 10,000 sensors constantly recording information, not only to inform pilots about the plane's performance but also to forecast mechanical problems that can be corrected during routine maintenance. The system works extraordinarily well; there are about 10 million commercial airline flights a year in the United States alone with only a few crashes.

Analogous information systems exist in our bodies that could forewarn of imminent disease and allow preventative action. The human genome encodes 20,000 or so genes, ultimately producing hundreds of thousands of different proteins. The amounts and forms of these molecules likely contain complete diagnostic information for our state of health if only we could read them all.

Those that we can read reveal the enormous promise that will come from being able to read more. Chronic myelogenous leukemia (CML), for example, illustrates...

It has been estimated that blood contains as many as one million different protein forms with abundances that span 12 orders of magnitude. No technology can currently interrogate this molecular complexity. Mass spectrometry, the leading tool in proteomics, has a very limited capacity to identify and quantitate proteins in complex mixtures. With this technology or others, it is possible to identify hundreds of the most abundant proteins from a complex mixture, but we know that most of the diagnostic proteins are present in too small an amount to detect. Antibodies raised against specific protein biomarkers can be used to detect and quantitate these proteins specifically and sensitively in complex mixtures like blood, but antibodies are not available for most of the proteins that could be disease biomarkers.

When the genome project was first proposed, individual laboratories were able to sequence small pieces of DNA with highly variable quality. Had we waited for these uncoordinated efforts to produce the human genome it would never have happened. The solution came, not out of revolutionary new technology, but from a systematic divide-and-conquer approach, where the field developed automation, data standards, and quality control, and focused the activity in centers of significant scale.

Protein-biomarker discovery is currently relegated to individual laboratories working at small scale, with variable quality, and a lack of standard informatics and reagents. It is likely that existing technology could achieve a hundredfold increase in the rate of protein-biomarker discovery with enormous impact on all of medicine by appropriate organization and resources. Improving the discovery of protein biomarkers will require team science; an informatics platform for data sharing; identification and quantitation of candidate biomarkers in disease tissue; employing mouse models of disease; standardized reagents for analyzing candidate biomarkers in body fluids; and rapid implementation of automation and technology improvements.

Fortunately, these things are beginning to happen. The National Cancer Institute (NCI) has funded the development of a publicly available informatics platform that is near deployment and has recently announced a $104 million program for technology assessment and development, and for the generation of reagents. An international consortium of cancer biomarker discovery teams is forming where each team brings a significant scale of activity to a single cancer site.

Within a few years, the larger scale of focused activity by specific teams supported by the NCI's investment in informatics, reagents, standards, and technology assessment will, I believe, lead to the discovery of large numbers of effective biomarkers for each cancer. These will enable us to detect cancer earlier – when it can be cured. Moreover, they will empower clinical trials to focus on the subsets of patients responsive to a particular therapy, and individualize treatment for patients by following their response in real time.

Lee Hartwell is the president of the Fred Hutchinson Cancer Research Center in Seattle. He won the 2001 Nobel Prize in physiology or medicine for his work discovering cell-cycle regulators in yeast, and he continues to search for ways to apply the past 50 years of progress in genetics and biochemistry to treating patients with cancer. 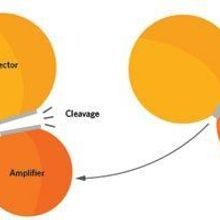 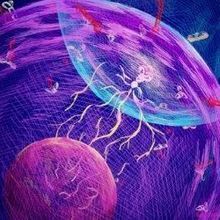