Two decades ago, in the high-flying 1980s, there was great hope for licensing newly described molecules, compounds, and targets as potential diagnostic and therapeutic agents. Monoclonal antibodies, novel peptides, and other small molecules produced by academic researchers were quickly acquired by major pharmaceutical companies, emerging biotechnology companies, and startup ventures. The bubble burst not only because of general economy reversals, but also due to the realization that in the game of drug development, there were very few home runs.

At the same time, a flattening of the growth curve of the National Institutes of Health's extramural research funding caused consternation among talented scientific researchers, as well as medical school and research hospital administrations. This relative loss of revenue, coupled with a general decrease in philanthropy, has stimulated research enterprises to examine the actual and potential value of their intellectual property portfolios in terms of generating new revenues.

The first step in this process is for institutions to critically assess their portfolios of intellectual property against metrics of commercial success. In addition to objectively determining the scientific value of potential intellectual property, it is vital to consider the commercial prospects and market size of a diagnostic or therapeutic agent, as well as existing and potential competitors.

When the potential value of a technology has been validated, institutions would be well served to gauge the state of development of the technology. Compounds ready for clinical trials should be marketed directly to pharmaceutical or established biotech companies. On the other hand, compounds that have been discovered and validated using only in vitro systems require a different approach. We have pursued two different strategies in dealing with these early-stage discoveries. The first involves internal funding for internal development; the second involves the creation of startup companies to take over product development.

As previously alluded to, neither the NIH, the National Cancer Institute, nor major foundations such as the American Heart Association, the March of Dimes, or the Juvenile Diabetes Association tend to fund the further development of initial scientific discoveries into products. An investigator who discovers and validates a new target for drug discovery usually will have made the scientific breakthrough via funded research aimed at elucidating a basic biologic mechanism. It is unlikely that continued funding would be available for the screening of thousands of compounds that would bind and modulate the target. While that job used to be done by Big Pharma, that is rarely the case today.

One approach we have considered at the Albert Einstein College of Medicine is to create a seed technology fund to provide money for internal development of commercially promising technologies. With the support of our Board, we have established two levels of funding. The first grants modest sums of $50,000 to $100,000 to projects that need additional experiments to definitively establish proof of principle. An example would be the testing of a potential pharmaceutical in a mouse model. Successful completion of these experiments could make the intellectual property more attractive to licensees.

The second type of seed grant is more substantive and could approach $500,000 to $1 million. These funds could be used to start a company and pursue more comprehensive product development. A critical feature of this program is a requirement for third-party validation with matching funds. Before the research institution commits to this level of funding, it seeks a partnership with a venture-capital group that carefully and independently vets the scientific and commercial prospects of the technology, and makes a substantial investment. The research institution through its scientists and biotechnology offices employs consultants to bring the technology to a stage where it is highly desirable for acquisition or licensing. This strategy includes toxicity studies, animal efficacy and possibly Phase I clinical trials. The institution receives substantial equity in any commercial enterprise in return for its financial investment.

If the academic scientist has reached a stage where he or she has no interest in doing work that would further develop the technology, our tack is to recruit an entrepreneur interested in starting a new company based on the specified intellectual property. This scenario is likely to occur with researchers who have multiple grants and wish to pursue more basic or translational science rather than product development. In this case, in-house development ceases to be an option, and the early-stage nature of the technology makes it less attractive to existing companies.

The entrepreneur can create a new company and develop a licensing agreement with the research institute for the intellectual property and future improvements of existing patents. These agreements typically involve equity and royalties for the institution. The entrepreneur seeks external funding through venture capitalists or "angels" and sets up a management team to develop the technology externally to the point when it can be licensed to a pharmaceutical or biotechnology company. Alternatively, the mature technology, which is typically in the Phase II clinical trial stage, may be so attractive to Big Pharma that they will seek to acquire the company outright. In this manner the research institution profits through its equity stake.

PARTNERING: A PATH TO SUCCESS

While these approaches can be successful, there are still serious impediments to success. One of the most prickly issues for venture capitalists is that startup companies based on a single technology literally have a hit-or-miss chance of succeeding. Thus, they are more receptive to licensing a broader portfolio of technologies clustered around a central theme, such as cancer, cardiovascular disease, or diabetes. While some institutions are capable of bundling multiple, similar-theme intellectual properties into a package for licensing to startups, others cannot. These institutions would increase their chances of success if they partnered with other institutions to develop diversified technology portfolios around common themes of disease.

This approach is not trivial. Different institutions have unique philosophies towards technology transfer, and there may be substantial disagreement as to how to proceed. However, the rewards of such partnerships are so promising that a spirit of cooperation and compromise may bring success for an intellectual-property consortium.

These nontraditional approaches to the commercialization of scientific intellectual property may provide an alternative avenue for success to traditional licensing. The potential payoff is twofold. First, commercialization of therapeutics brings to the public a return on its investment of federal and philanthropic dollars in the form of new and better health therapies. Second, profits from commercial successes flow back to the universities, hospitals, and research institutes to be used to further expand their missions.

Edward R. Burns is Associate Dean for Academic Affairs at the Albert Einstein College of Medicine of Yeshiva University in New York. He is a professor of medicine and pathology and has served as director of clinical hematology and clinical pathology. A former lab-based researcher, he holds several patents and oversees Einstein's Office of Biotechnology. 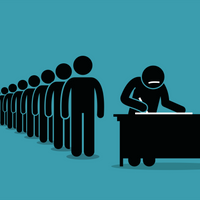