A new scientific field is being born, one that seeks to understand which organisms have subjective states, what purpose theymight serve, and how distinct states of consciousness come about. Here, the Holy Grail is to provide a satisfactory, quantitative account for why select states of complicated, neuronal networks go hand-in-hand with experiences such as seeing blue, feeling pain, smelling a dog that's just come in from the rain, or of simply being.

Philosophers call these feelings and sensations that constitute the elements of consciousness "qualia." In contrast, most brain states are not directly associated with conscious sensations: We have almost no access to the structures that give rise to speech, to depth perception or color vision, to the rapid sequence of sensory-motor transformations necessary to play soccer, climb a rock wall, or return a tennis ball, let alone those influencing perspiration, heart rate, or the action of our immune systems. Unlike qualia, these proceed in blankness. Where is the difference between the two?

THE PROBLEM WITH MIND

The body-mind conundrum traces back to Socrates, Plato, and Aristotle. Yet during the past 2,300 years, progress on these questions has been almost imperceptible. Centuries passed before people realized that the brain, rather than, say, the heart or liver, has the most intimate relationship with the mind. Only towards the latter part of the 19th century did it become apparent that the cerebral cortex is not just a homogeneous, reactive tissue, but instead comprises different parts performing distinct functions. That nervous systems are made up of discrete, complex, and interconnected nerve cells constituted another great advance at the end of the 19th century. In the 20th century, technology began to deliver reliable and inexpensive methods to record, store, and analyze electrical activity from individual neurons in anesthetized and, later on, in awake animals – even in people.1 In the closing decades of the millennium, technologies to peer safely inside the living human brain, and witness it in action, became widely accessible to the research community.

Today, there is a newfound optimism among philosophers, scientists, clinicians, and other scholars, that science can successfully tackle the mystery of how brain matter expresses subjective feelings. This was evident at the ninth annual meeting of the Association for the Scientific Study of Consciousness (ASSC9) this past June.

Many of the foundational, philosophical debates raging in the 1980s and 1990s have subsided – to the extent that philosophers ever agree on anything besides the importance of studying philosophy. Thus, a scientific program focusing on the neuronal correlates of consciousness (NCC) provides the best avenue for progress. As defined by Francis Crick and myself, the NCC are the minimal set of neuronal mechanisms or events jointly sufficient for a specific conscious percept or experience.2

Two broad scientific strategies could be discerned in the ASSC9 presentations. One seeks to isolate the conditions necessary for any conscious experience to occur at all. The collection of more than three dozen heterogeneous midbrain nuclei, known as the mesencephalic reticular formations, are needed, as are other midline structures, in particular the intralaminar nuclei of the thalamus. A common theme is imaging the hemodynamic brain activity of patients hovering on the borderline between coma and wakefulness (see story page 17). Such research has immediate practical consequences for thousands of people and should be vigorously pursued. Yet from a scientific standpoint this paradigm suffers from a lack of control, a lack of reversibility, and a lack of specificity.

In the second general experimental strategy, aimed largely at addressing these shortcomings, many experimentalists are tracking the footprints of consciousness by manipulating a specific state of consciousness. Visual perception is the most popular choice, as scientists have learned to manipulate what a subject sees with considerable precision. Not unlike a magician distracting his audience with a beautiful, bikini-clad assistant, psychologists can manipulate the attention of their subjects such that, while they may be looking at a stimulus with one or even both eyes, they do not see it.

At ASSC9, Nao Tsuchiya, a graduate student in my lab, demonstrated a technique (flash suppression) that allows him to project a picture into one eye while hiding it – for minutes at a time – from consciousness by rapidly flashing a series of salient images into the other eye.3 His work was awarded best prize for a student presentation. Other techniques (e.g., binocular suppression or binocular rivalry) rely on a Necker cube-like bistability, where the image can be seen in one of two distinct ways. The subject's mind flips back and forth between these views. Unlike naïve realism, which assumes a simple one-to-one mapping between the external world and its representation in the privacy of one's head, these illusions demonstrate that the link can be multifaceted, depending on the viewing history and other factors.

Using magnetic resonance imaging to measure blood-oxygen-level-dependent (BOLD) signals provides insight into the responses of subjects seeing these illusions. Some parts of the visual system, in particular the ones closest to the eyes, will only reflect processing of the physical image. Others will be influenced by the subject's perception. A consistent finding of many such experiments is that primary visual cortex (V1), where the tract of fibers from the visual periphery terminate, is already clearly modulated by visual consciousness. That is, the amplitude of the BOLD signal in V1 is not only driven by the physical image, but also by what the subject perceives. This is surprising and at odds with single-cell recordings from macaques. Trained to pull levers or move their eyes to signal what they are seeing, the spiking activity of one or a handful of neurons in early visual cortex is indifferent to their perception. It is only in higher regions of visual cortex that cells follow the monkey's percept.

DEVELOPING A THEORY OF MIND

The Achilles' heel of all such experiments is that they correlate a state of consciousness with one or more brain states. Ultimately, science must move beyond mere observations to causal explanations. It is a good first step to note that phenomenal state X correlates with some sort of activity in population NX. Much more is needed, however. What happens to perception if NX is perturbed, for instance, by applying a brief magnetic field from outside the skull using transcranial magnetic stimulation? What happens to the percept X if NX is transiently and delicately turned off and then back on again?

Intervening in the human brain is beset with grave practical and ethical difficulties. This is where animal experiments, done with compassion and care, come into their own. Molecular biology will be essential to any future science of consciousness. One of the high points of ASSC9 was Jean-Pierre Changeux's masterful demonstration of how genetic tools can be exploited. His team directly injected a modified lentivirus, containing the β2 nicotinic acetylcholine receptor, into the ventral tegmental area (VTA) in the midbrain of mice engineered to lack β2 receptors throughout their bodies.4 Strikingly, the reintroduction of one specie of molecule into a single brain region rescued certain complex exploratory and social behaviors. While the β2 knockout animals move rapidly through a novel terrain with little exploration, animals in which nicotinic transmission has been restored in the VTA show more adaptive behavior that, if observed in humans, would be associated with planning and consciousness.

Another step forward is the first, tentative appearance of theories. By and large, musings on consciousness have either been motivated by philosophical and logical considerations or by empirical observations. Giulio Tononi put forth a theoretical formulation of consciousness at ASSC9.5 He starts with phenomenology – each of us can experience an almost infinite number of distinct conscious states and each of these experiences is unified – and proceeds to ask what type of networks can generate a large number of distinct states, each of which is integrated. Using the well-defined concept of mutual information, Tononi defines Φ, the amount of causally effective information that can be integrated among various subset of any network, and averts that Φ corresponds to consciousness. His theory offers a principled framework for understanding which types of network architecture maximize Φ (think cortex versus cerebellum), how consciousness waxes and wanes with non-REM and REM sleep, how it varies across phylogeny and ontogeny, and how to build conscious machines. In principle, although not yet in practice, his theory allows consciousness to be quantified, a great boon.

These are heady times for neuroscientists. Our growing ability to monitor the brain's activity at the cellular level with unprecedented precision and breadth, and precisely manipulate these networks opens the stunning possibility that the quest to understand the oldest of all epistemological problems will come to an end in our lifetime.

Christof Koch is Lois and Victor Troendle Professor of Cognitive and Behavioral Biology and executive officer of Computation and Neural Systems, California Institute of Technology. His group investigates the neuronal basis of visual awareness and consciousness as well as the biophysical mechanisms underlying neuronal computation. 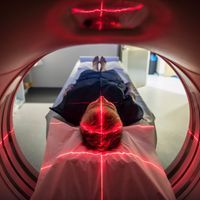 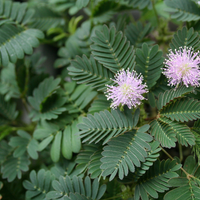