Mammals possess sophisticated endocrine networks in which hormonal signals modulate hundreds of biological effects such as cell differentiation, reproduction, and immune responses. Disrupting these pathways often leads to dire consequences such as birth defects and cancer. Though bacteria are unicellular, they also possess signaling pathways that can be likened to tiny endocrine systems.

Bacterial quorum sensing (QS) pathways allow bacteria to sense their cell density and respond by coordinating protein expression. Thus bacteria communicate and can coordinate their efforts in diverse activities such as building biofilms, transferring DNA, or causing infections. QS has forced microbiologists to view bacteria not as single entities...

Considering eons of cohabitation, it is perhaps not surprising that pathways have evolved that allow autoinducer cross-communication between bacteria and eukaryotes (see Fig. 1). In addition, as autoinducers bear more than a passing structural resemblance to lipid-based hormones used by eukaryotic cells, such as prostaglandins and retinoic acid, they make excellent candidates for mediating interkingdom communication. Several groups have demonstrated that purified AHLs from and other bacteria can stimulate the production of cytokines and other immune modulators by mammalian cells in culture and in vivo.3AHLs also have been shown to induce apoptosis in some cell lines, and their mechanisms of action are under investigation.45

AHLs also affect plant cells. W. Dietz Bauer's group at Ohio State University in Columbus has used proteomic analysis of the model legume to demonstrate that approximately 7% of detected proteins were differentially expressed after the plant was exposed to bacterial AHLs.6 This is striking considering that a similar percentage (6%) of genes are reportedly QS controlled.7 Taken together, this could mean that AHLs affect just as many eukaryotic genes as they do bacterial genes, tempting one to speculate that the primary autoinducer function may not be to control bacterial behavior, but to manipulate host cells. Furthermore, evidence suggests that mammals have evolved tactics to inactivate bacterial autoinducers. E. Peter Greenberg's group at the University of Iowa, Iowa City, has recently shown that certain cell lines produce a factor, presumably an enzyme, which inactivates AHLs.8

While there is growing evidence that autoinducers can modulate mammalian gene expression, very little is known about the mechanism. Our main research questions are: Can AHLs act as ligands for specific mammalian receptors? If receptors exist, are they intracellular or membrane-bound, and what is their function? What are the concentrations of AHLs needed to modulate host-cell gene expression, and are these concentrations achievable in nature? And, do autoinducers act as substrates, intermediates, or regulators of mammalian biochemical pathways?

If we can interpret signals emanating from bacterial cells, can communication go the other way? The answer appears to be, yes. The pioneering work of Vanessa Sperandio and colleagues at the University of Texas Southwestern Medical Center at Dallas demonstrated that the mammalian hormone epinephrine can function as an autoinducer mimic and activate QS in enterohemorrhagic .10 This is the first direct link between a mammalian hormonal pathway and a bacterial quorum sensing system.

Several studies have shown that plants also produce AHL mimics and that these mimics can act as either agonists or antagonists of QS systems. Producing AHL mimics can potentially be advantageous for the eukaryotic host. By antagonizing QS pathways in pathogenic bacteria, the mimics could block virulence-gene expression and prevent infection. Alternatively, agonists could force bacteria into prematurely producing their virulence factors, thereby alerting host immune surveillance while bacterial cell numbers are low.

It is also possible, however, that these cross-kingdom avenues of communication actually evolved within symbiotic or commensal relationships, for example, between intestinal epithelial cells in the mammalian gut and the normal microflora within the organ. Thus the existence of AHL mimics capable of activating virulence gene expression in pathogens may be an inadvertent side effect of beneficial relationships with nonpathogenic bacteria.

In an age of increasing bacterial resistance and uncertainty about the continued effectiveness of traditional antibiotics, there is great interest in the development of novel antibacterial strategies that target QS systems in pathogenic bacteria. However, this course must be followed with care, especially if interkingdom signaling is primarily beneficial to both parties.

Now that we know autoinducers can enter mammalian cells, we want to know their fate once in the cell. The main goals of our current research efforts are the identification of autoinducer-specific receptors and the pathways they regulate. The phenomenon of interkingdom signaling potentially affects many fields, such as microbiology, agriculture, and endocrinology. So, we are employing an interdisciplinary approach, collaborating with Texas Tech University Health Science researchers: Simon Williams from cell biology and biochemistry, Abdul Hamood from microbiology and immunology, John Griswold from surgery, and Guigen Li from chemistry and biochemistry at TTU.

It's an ideal time to be a microbiologist. In striving to study bacteria within their proper context, we now must take into consideration the fluid and diverse environments they inhabit, such as the gut, a riverbed, or a rooting plant. Bacteria have lived and always will live with us, and it is vital that we learn to speak their language. The good news is that the Rosetta stone just may lie in organic chemistry textbook.

Kendra Rumbaugh began studying quorum sensing in as a graduate student. She now runs a lab in the Department of Surgery at Texas Tech University Health Sciences Center in Lubbock, where she investigates interkingdom signaling. 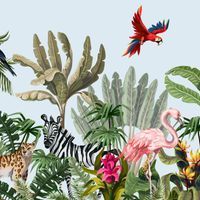