A 1619 outbreak of plague in France, rooted largely in Paris, led to the first medical mask. As the disease killed some 80 percent of those it afflicted, French doctor Charles De Lorme invented an early prototype of a hazmat suit, including a cape, boots, hat, and a bizarre, bird-like mask. A cane helped doctors maintain social distance from their patients, and the mask’s beak was stuffed with flowers, herbs, and ingredients such as viper flesh powder to purify the incoming “miasma,” mysteriously corrupted air thought to cause disease. De Lorme gained fame as plague swept through Western Europe, and the outfit remained in use for more than a century. Medical professionals wore it during 1656 outbreaks in Italy, the 1665 London Plague, and the Great Plague of Marseille in 1720. 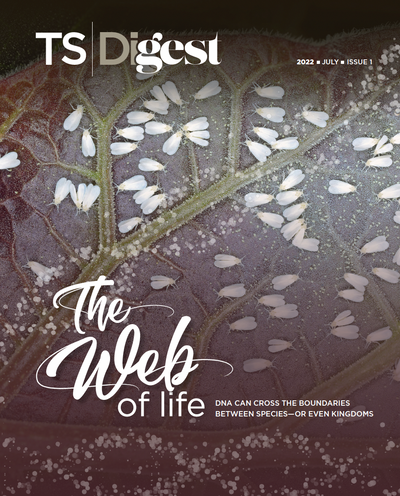 Even then, masking was controversial, notes Winston Black, a medieval medicine and religion historian at St. Francis Xavier University in Nova Scotia. “Our earliest evidence of plague masks already shows hostility or skepticism to the doctor and perhaps the masks,” he says. On the heels of a serious 1656 engraving of a plague doctor by German printer Gerhart Altzenbach (pictured below) came a seemingly satirical engraving by another German printer, Paulus Fürst; the Latin title translated to “Dr. Beak.” According to Black, “Fürst mocked those who believed in [masks], since the plague will kill everyone anyway, and the plague doctor is simply out to get your money.”

Still, convincing medical professionals to widely adopt masks took time. In 1910, China was devastated by the Manchurian plague. Wu Lien-teh, a Malaysian epidemiologist, identified the disease as pneumonic plague after isolating the pathogen from the first ever postmortem exam in China. When Wu produced a gauze-and-cotton mask and encouraged medical staff to wear it, he was met with some resistance. His work in disease control, however, eventually led to China’s first modern public health service.

Widespread mask wearing among the public remained a challenge, too. While the practice was accepted by many people during the 1918 influenza pandemic, others resisted. Health corps staff from the US Public Health Service and the American Red Cross, among others, showcased masks as protective gear, noting ample evidence that they reduced the spread of pathogens. Still, people staged anti-mask protests, snipping holes in their masks to smoke cigars and putting them on dogs. These mask “slackers” were fined or even sent to prison.

Today, the beaked plague doctor mask still appears in Venetian carnival costumes but is otherwise retired, while the concept of masking up against contagion continues to generate controversy.