ABOVE: When the sexually reproducing grasshopper species Warramaba whitei (left) and Warramaba flavolineata (right) mated around 250,000 years ago, they made Warramaba virgo (center), which has been cloning itself ever since. COMPOSITE, IMAGES COURTESY OF MICHAEL KEARNEY

Around 250,000 years ago, two Australian grasshoppers got lucky. Although the star-crossed hoppers were different species—one a Warramaba whitei and the other a Warramaba flavolineata—their romantic rendezvous beat the odds. The duo reproduced and their chromosomes rearranged, hybridizing to form an entirely new and very different grasshopper species that, rather than mating, has been cloning itself through a process called parthenogenesis ever since. 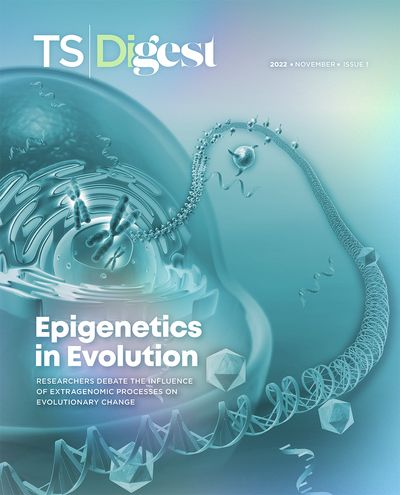 Entirely forgoing sexual reproduction makes the all-female species, called Warramaba virgo, something of an anomaly. Although many insects can reproduce without the need for a partner, conventional biological wisdom says that animals mate to refresh their genomes so that they don’t propagate harmful or lethal mutations—meaning that asexually reproducing species should be at an evolutionary disadvantage. “Sex is great for mixing up genes, and that has been very useful for the adaptation and evolution of organisms,” Oliver Ryder, the director of conservation genetics at the San Diego Zoo Wildlife Alliance, tells The Scientist. Hybrids such as W. virgo, meanwhile, are typically saddled with mismatched chromosomes, which can make them inviable. Other animal hybrids, such as mules, are rarely capable of reproducing at all. That W. virgo somehow walked away from a hybridization event with the ability to reproduce asexually seemingly allowed it to survive this usually detrimental mixing of species.

And W. virgo has done remarkably well. The grasshopper spread to distant and varied regions of Australia, cloning itself under the radar until 1961, when the late zoologist Michael James Denham White took notice of it after finding its male-free populations. Each individual produces as many offspring as its progenitors, but because all are female, reproductive capacity is doubled. Meanwhile, its genome doesn’t show any notable reductions in fitness-related traits such as egg mass, according to a study published earlier this year in Science. “In the broad scale, what [W. virgo’s survival] tells us is there’re still very basic things about the success of a species— about success in life, if you want to look at it that way—that we don’t fully fathom,” says Ryder, who didn’t participate in the study.

Because W. virgo inhabits such a vast area, University of Melbourne researcher Ary Hoffmann, a coauthor on the Science paper, says he was surprised to find that it had stayed so genetically consistent all this time. “We expected to see several different clones, [with] the frequency of clones varying depending on environment,” he tells The Scientist. Such a scenario would suggest there had been multiple hybridization events, perhaps one for each environment in which the grasshopper thrived, he explains. “That’s why we were so shocked when we got the genetic [data] and we realized we had a single clone, and that’s it.” The results show that parthenogenetic hybrids can fare quite well over long periods of time, the researchers argue in their paper.

The findings contrast with previous studies of cloning in animals. Ryder, for one, has studied parthenogenesis among condors, but in that case the parthenogenesis was one of several means of reproducing, and perhaps not the best. Turkeys have also been known to reproduce through parthenogenesis, though Mississippi State University researcher Reshma Ramachandran says the asexually produced birds she studied were sterile and frailer than those produced sexually—they died within a year. The same is true for other animals, including some insects, that are accustomed to sexual reproduction but capable of parthenogenesis.

In W. virgo’s case, Hoffmann and colleagues suggest, parthenogenesis seemingly came with no such side effects. Genetic and phenotypical analyses found that the asexual species alive today is just as fit as similar, sexual species, including its progenitor species, which are still around as well.

Not everyone is convinced by the team’s argument. While he praises the researchers’ analysis, Ryder says that the lack of deleterious mutations in W. virgo genomes could just mean that the lineages harboring them died, not that they never existed. “You wouldn’t see those animals,” he says. “They would disappear.”

It may well be that parthenogenetic species are common but short-lived.

Darren Parker, an evolutionary biologist at Bangor University in the UK, also points out that W. virgo hasn’t outcompeted its progenitor species, only successfully coexisted with them, suggesting that any increase in reproductive output that the clones gain from not needing a partner isn’t enough to make them more successful overall. “They’ve had quite a while and presumably stayed around their parents’ range.” Parker has previously demonstrated that asexually reproducing stick insect species of the Timema genus do show the genetic decay predicted by evolutionary theory.

Yet if the grasshopper study is correct and parthenogenesis really doesn’t hurt some species’ odds of survival, it could add to a debate on another question: Why is this strategy so rare, and why does sexual reproduction dominate the animal kingdom? That question has “puzzle[d] evolutionary biologists for decades and anyone who says there is a satisfactory explanation is . . . at least oversimplifying,” University of Edinburgh evolutionary biologist Kamil Jaron, who collaborated on Parker’s recent study but was not involved in the grasshopper research, says in an email to The Scientist. It may well be that parthenogenetic species are common but short-lived, Jaron suggests. Perhaps “all [parthenogenetic] species that were subjected to the expected detrimental effects are already extinct, and those old lineages of asexuals [such as W. virgo] are instead the unique set of parthenogenetic species that managed to avoid those consequences,” he says.

Hoffmann and colleagues instead argue in their paper that it’s uncommon simply because there are many physiological barriers inherent in creating a parthenogenetic species that succeeds even for a short while, and especially to creating a hybrid capable of parthenogenesis. Thus, the relative rarity of parthenogenesis remains an open question. “At this point, I would just say that’s complicated,” says Ryder. “We have to wait for more [examples of parthenogenesis] to show up. But maybe they will. In fact, I expect they will.”

Whatever the reason that parthenogenetic species are not more common, Alexandre Kuhn of Walloon Agricultural Research Centre in Belgium says over email that the grasshopper study “undoubtedly” challenges the notion that they’re inherently worse off than sexually reproducing species, especially since it allows hybrids to reproduce. “Hybridization seems to occur on a not so rare basis between the parental (sexual) species. . . . However, viable and successful hybrids may be much rarer and W. virgo may be one of the few winning numbers.”