For more than 50 years, researchers drawn a link between small, DNA-containing structures called micronuclei and cancer. But scientists are only now beginning to understand the role they play in driving cancer progression. Studies have recently shown that micronuclei act as catalysts for chromosomal damage and reorganization, another hallmark of cancer that may promote the chronic inflammation that sustains metastasis

Numerous errors in chromosome segregation during cell division can lead to the formation of micronuclei, even if there isn’t actual mis-segregation of the chromosomes. These events are not mutually exclusive, nor are they independent, as each of these only serves to fuel chromosomal chaos.

Micronuclei have fragile nuclear envelopes that often rupture, causing chromosomes to spill out into the cytoplasm. There, they encounter nucleases that pulverize the DNA into small fragments that can be lost, randomly linked, or looped into circles known as circular extrachromosomal DNA. This process, known as chromo-thripsis, produces complex rearrangements that can drive cancer.

At the same time, the presence of DNA in the cytoplasm triggers the cGAS-STING inflammatory pathway thought to have evolved as a form of immune defense against viral infection. The enzyme cGAS binds DNA from the ruptured micro-nucleus, catalyzing the formation of 2'3'-cyclic GMP-AMP (cGAMP), which subsequently activates STING and downstream inflammation. When chronically activated due to abundant micronuclei in cancer, this inflammation can drive tumor growth and metastasis. 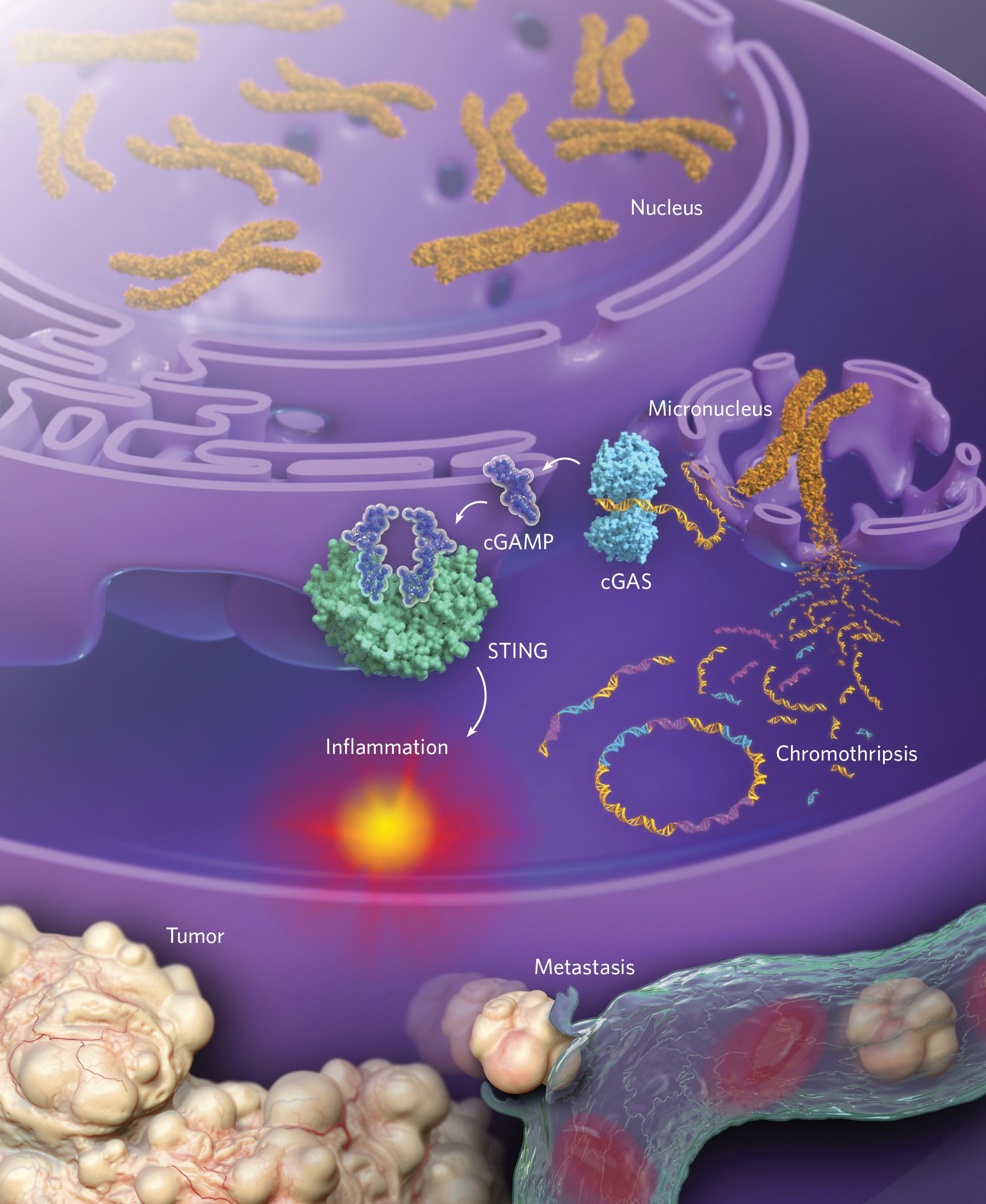