In early 2009, a virus with an unusual genome popped up in people in central Mexico. It had pieces derived from three different swine influenza lineages, including a Eurasian lineage not previously observed in the Americas. 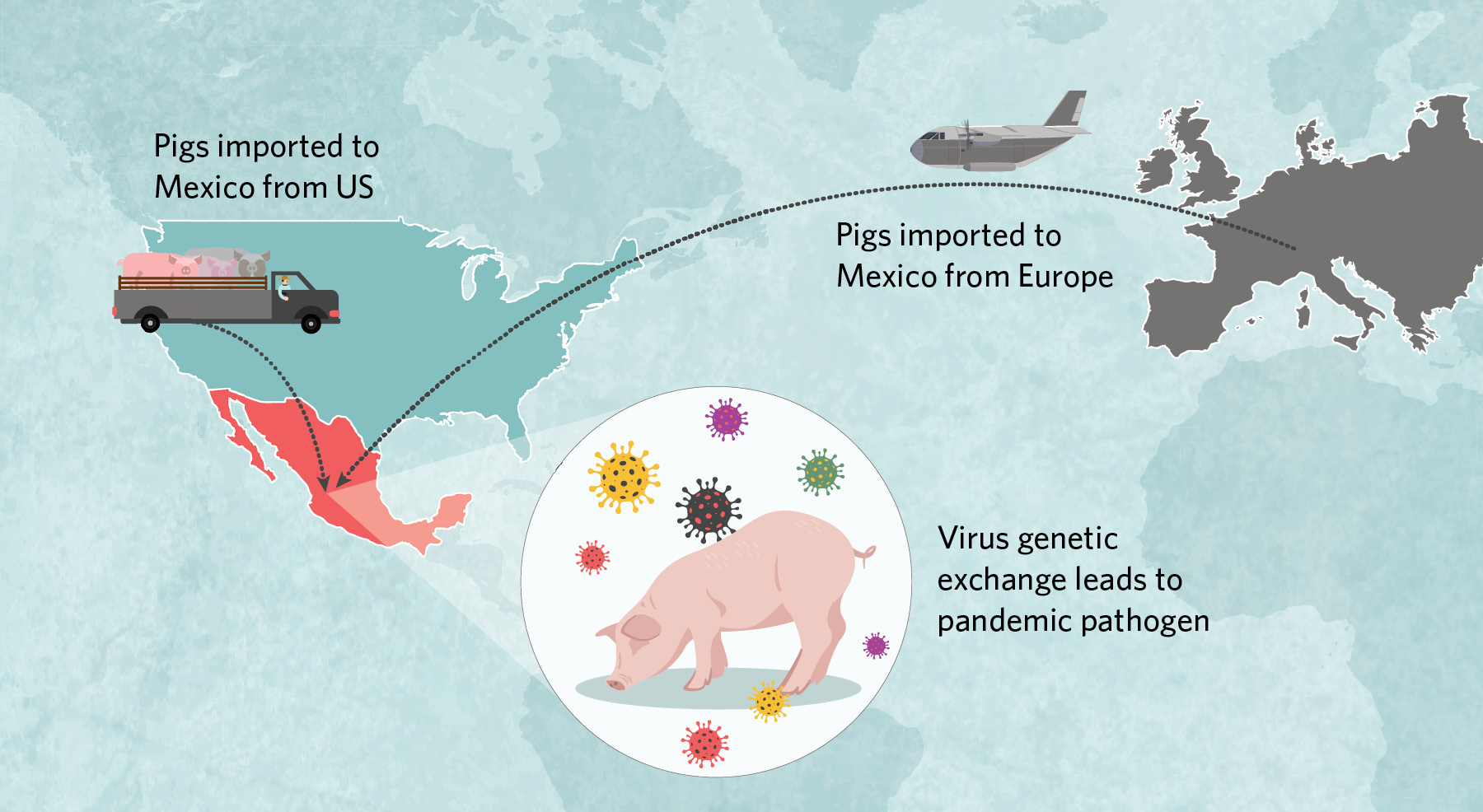 Beginning in the 1990s, millions of US pigs were trucked into Mexico, some of which carried classical H1N1 and triple-reassortant H3N2 viruses that then spread across the country’s northern, central, and eastern regions. Around the same time, at least once and possibly twice, Eurasian swine viruses were imported from Europe to central Mexico. There, American- and European-origin viruses exchanged genetic material to create the pathogen that jumped to humans in early 2009.

A history of viral reassortment

The genome of the H1N1 virus that jumped to humans in 2009 included two segments from a Eurasian lineage, one segment from a classical lineage, and five segments from the “triple-reassortant” lineage, itself the product of viral intermixing. 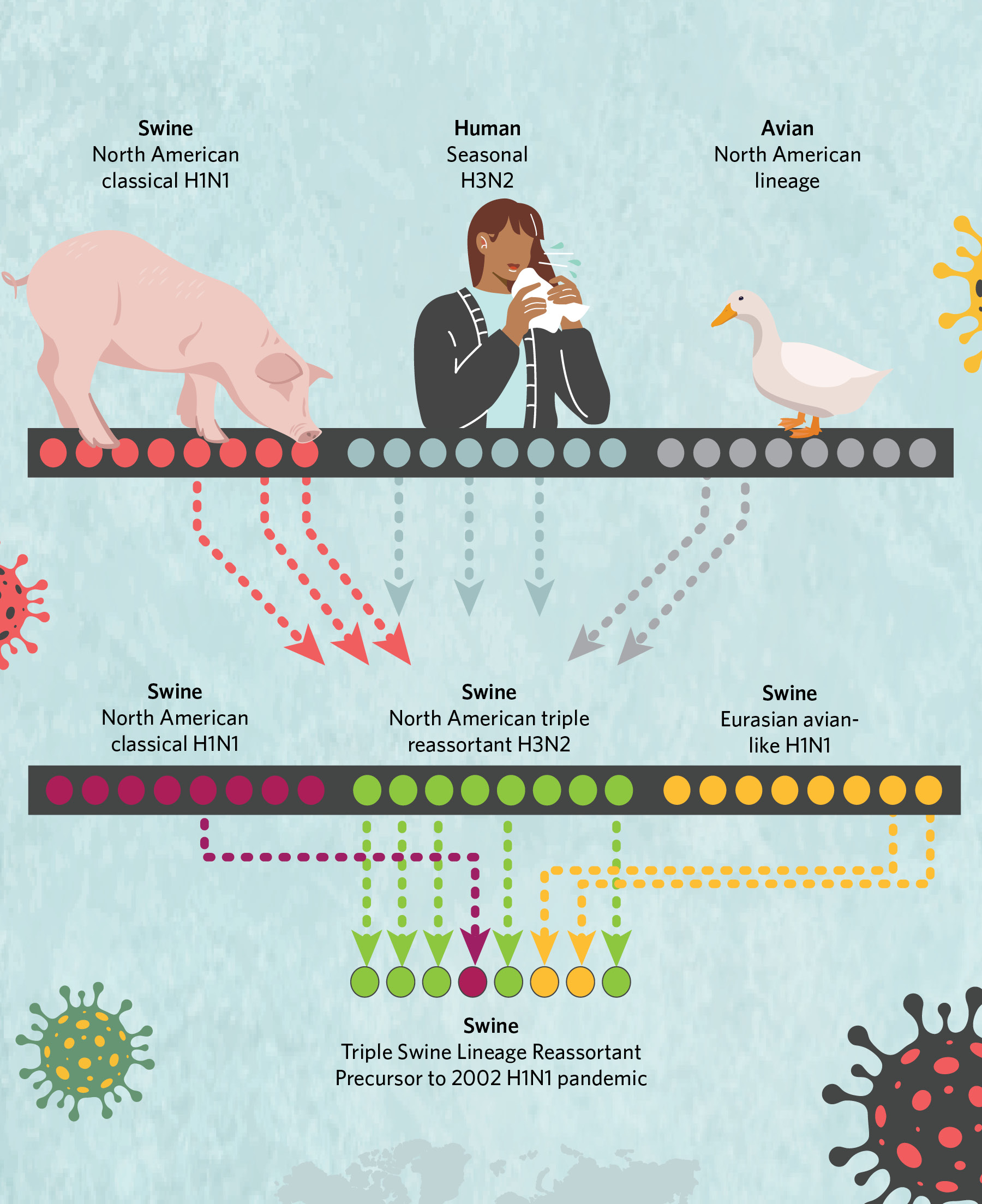