Viral TikTok videos showing teenagers hacking rapid COVID-19 tests by inserting sodas and other acidic solutions into the tests’ inlet are causing quite a stir, especially in the UK, where these easy-to-use, at-home tests are currently used for regular screening of students and teachers in secondary schools and colleges.

While PCR tests remain the gold standard for SARS-CoV-2 detection, so-called rapid COVID-19 tests employ lateral flow technology instead, and can return a result in 30 minutes or less.

In addition to their speed, these rapid tests can also be performed anywhere, increasing the accessibility of testing. However, preliminary research posted to the preprint server medRxiv on July 5 confirms that certain beverages can cause false positives. And because anyone in the UK who obtains a positive rapid test result must immediately self-isolate for up to 10 days, report the result, and follow up with a PCR test—or face a fine—education leaders in the UK are concerned such false positives are being used to get out of school. Geoff Barton, the general secretary of the Association of School and College Leaders in the UK, tells the news outlet i that such hacking is limited to “a very small minority of pupils.”

The sudden explosion of rapid test hacking videos has added to existing concerns about their accuracy. “People are saying ‘well, these tests are hopeless,’” explains Alexander Edwards, who researches and develops clinical and microbiological tests at the University of Reading School of Pharmacy in the UK.

See “COVID-19 Diagnostics: How Do Saliva Tests Compare to Swabs?”

The Scientist spoke with Edwards to understand how sodas can cause false positives and the broader implications of this kind of test hacking—as well as why these tests aren't hopeless. 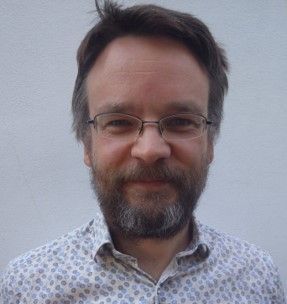 The Scientist: What is a lateral flow test, and how does it work?

Alexander Edwards: A lateral flow test is a rapid way of measuring one particular target, which is useful for clinical diagnosis, in a complex mixture. And that mix could be something coming off a swab, or it could be blood, or something like that. The way it works is it binds to that target using antibodies. And if the target is present, the antibodies present in the system allow you to get a visual line, which is your positive line, because the antibodies and the antigen trap the target on that stripe on that little line.

TS: How accurate are they?

AE: Lateral flow tests can be extremely accurate, and they’re very powerful for detecting particular targets in complex mixtures. The only catch is that they’re only as accurate as how they’re being used.

The great benefit of lateral flow tests is they’re portable, they’re cheap, they’re disposable, and they’re easy to use near the patient, but that does come at a slight cost in terms of their analytical performance. . . . The good news is that lateral flow tests can be extremely specific, and what that means is that if you get a positive result, it’s very likely to be a real result. What we mean by that is, we don’t tend to get a huge number of false positives for COVID-19 lateral flow tests.

The manufacturers would say that this is quite simply because you have these gold particles, which forms the colored element, and if that’s treated with an acidic solution, you may get it clumping together or aggregating.

There is a final challenge about the accuracy of these tests, which is that . . . sometimes the tests are less accurate when they’re used in a different way. And one really good example of that is that if you take a test and use it in a trained supervised environment, you tend to get very reproducible, reliable results—they work the same way every time. But if you then roll it out in a community setting, when perhaps the people using them aren’t as experienced, what you start to see is more false negatives and more false positives, sometimes simply because the people operating the test might make a mistake, the instructions may not be very clear, or even something really silly, like the test has gone out of date, or it’s just broken in some way.

AE: The biochemistry of it’s quite interesting, because it seems like there’s something odd there at first sight. You might say, ‘well, you should only be able to get a positive result if there is the virus particle there, because that’s the whole point of the test; it should only be able to detect the virus particle.’ But there are some ways that these tests can go wrong, and one really obvious one is if you put something into the test which isn’t supposed to go in the test, particularly something like a strong acid or an acidic solution. What you can do is you can mangle up, if you like, or mess up the antibodies in the test. And when you do that, you can get unexpected results.

What I’ve been able to see—and there’s even some papers that have looked at this experimentally—is that under some circumstances, you can get the appearance of a positive line. The manufacturers would say that this is quite simply because you have these gold particles, which forms the colored element, and if that’s treated with an acidic solution, you may get it clumping together or aggregating. That makes it sticky, and then it sticks where it shouldn’t stick.

Anytime you get a false positive, especially if it’s a false positive that’s arising from improper use of the test, you’re actually damaging the . . . public health system that’s there to protect us.

To be fair to the manufacturer, they never intended those things to go into the test. So it’s certainly not a weakness or a criticism of the test, because if you follow the instructions that come with a test, and you don’t put soda or a slice of kiwi fruit or whatever it is that people have tried onto the test, and you actually follow the rules and do the test thirty minutes after eating and drinking, if that’s what the instructions say, then you won’t get these unexpected results.

TS: Why might false positives, whether intentional or not, be a concern?

AE: If you have a testing program where you test people a lot of the time . . . especially if you’re screening people without symptoms, every time you get a false positive, the person involved and also all those people who’ve been in contact with them have to be treated as if they have this very dangerous, highly contagious infectious disease. In many countries, it is a legal requirement to report that result, because the pathogen is considered to be so dangerous. . . . So anytime you get a false positive, especially if it’s a false positive that’s arising from improper use of the test, you’re actually damaging the system, and the system is the public health system that’s there to protect us. This is obviously a bad thing.

TS: What can be done to minimize the impact of false positives?

AE: The advice is really very simple. . . . Try and follow the instructions that come with the kit as closely as possible. And the reason I say that is because when we have data to trust the test, that data is always generated when using the test according to the manufacturer’s instructions. So it may well be possible that you could change the way you do the test, and it would still work fine, but we don’t know that.

Editor's note: This interview was edited for brevity.